2014 Boston Marathon runner-up Buzunesh Deba of Ethiopia will be elevated to first place in the official results. 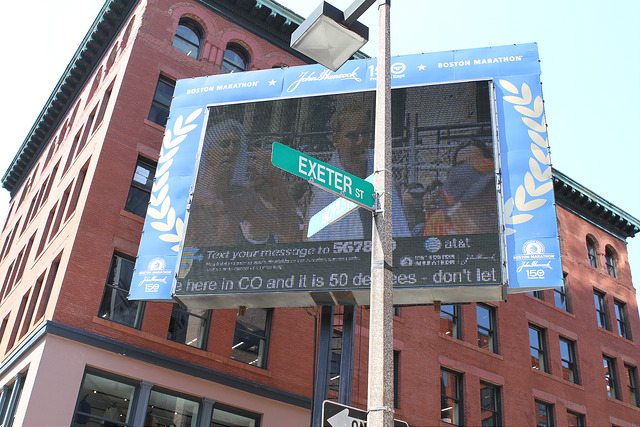 The Boston Athletic Association has received the Court of Arbitration for Sport decision in the arbitration procedure between the IAAF, Athletics Kenya, and Rita Jeptoo.

According to the decision by CAS, Rita Jeptoo’s result in the 2014 Boston Marathon is disqualified, and in conformance with IAAF rules the B.A.A. will seek to reclaim the winnings.

The B.A.A. will initiate a review of the 2014 Boston Marathon results and subsequent adjustments.

The B.A.A. supports the decision by the CAS, the pursuit of fair competition, and justice for those who seek to gain unfair advantages.

Disgraced three-time Boston Marathon champion Rita Jeptoo of Kenya yesterday was banned from the sport until Oct. 30, 2018, after the Court of Arbitration for Sport upheld an appeal by the International Amateur Athletic Federation seeking to double her original two-year suspension.

The CAS said its investigation found to its “comfortable satisfaction” that Jeptoo had used the banned blood booster erythropoietin and requested the 35-year-old be stripped of the 2013-14 Abbott World Marathon Majors title. Under applicable IAAF rules, the minimum period of ineligibility is a sanction of two years, but that punishment can be increased for up to four years in the case of aggravating circumstances.

Jeptoo’s disqualification will most likely mean that 2014 Boston Marathon runner-up Buzunesh Deba of Ethiopia will be elevated to first place in the official results.

“The BAA will review the results and make the necessary adjudication. We want to be confident there are no other conditions to take into account,” Boston Marathon executive director Thomas Grilk said. “We applaud the decision by the IAAF and CAS in their pursuit of fair competition and to maintain a clean sport, and it shows a high degree of effort on their part.”

Grilk said 150 international athletes in the Abbott World Marathon Majors series are subject to six out-of-competition drug tests each year. All of Jeptoo’s results from April 17, 2014, were annulled yesterday, including those from Boston that month.READ MORE

2014 Boston Marathon runner-up Buzunesh Deba of Ethiopia will be elevated to first place in the official results. Reviewed by samrack on October 27, 2016 .