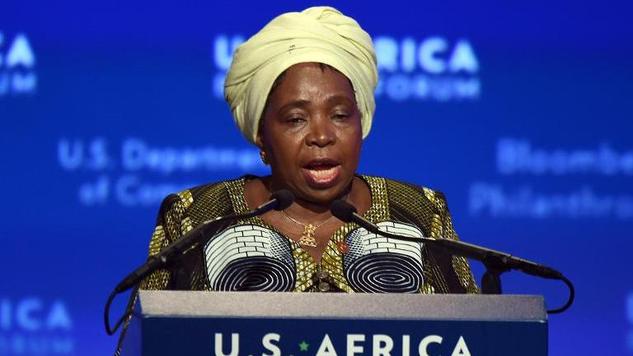 Despite recently raising the decibel levels of anti-western criticism, over two-thirds of its budget is funded by foreigners.

THE African Union has just launched its foundation, meant to fund 100% of its operations budget and at least 75% of its programmes, as it looks to give some sorely needed clout to its diplomatic presence.

Additionally, its leaders in principle—but on a voluntary basis— agreed to levy a clutch of taxes on their citizens, with airline tickets, text messages and hotel stays among the early targets.

In a press conference, AU commission chairperson Nkosazana Dlamini-Zuma said it was a “big breakthrough” over the matter that had been on the table for 14 years. “It is important that we pay for our own programmes, because we must do what we want to do, not what people give us money to do,” she said.

These measures are expected to pull in at least $2 billion, with the bloc hoping to fund from internal resources at least 65% of its operations and plans over the next five years. It will be a tough battle: resistance is already registering from tourism players who feel the industry is unduly targeted, especially as resource industries are off the hook.

At the bloc’s just-concluded summit which saw strong anti-Western sentiments by its political leaders, and which threatened to crowd out other agendas, we take a look at some numbers to see if they support the stances. Some of them won’t make good reading for proud Africans:

1: The bloc’s proposed budget for this year, which is under consideration, tops $500 million, and would drop to $400 million next year, before again rising to $600 million, with the security component cited as a big reason for the increase. (For some perspective, the UN’s annual budget is north of $5 billion—which is just the reported figure.

2: To get a general idea of how the specifics are likely to play, we pulled up the AU budget proposal for 2014/2015 that was considered last year. The numbers inside that spending plan show that $308 million was approved for the current financial year, with $137.9 million (or 44.8%) dedicated to running operations, and $170.1 million (55.2%) for programmes.

3: Of this initial ballpark figure, the 54 members states were to be billed 40.8%, or $126 million, while international donors were to stump up $170 million, or 55.2%. The bloc also approved some $152.5 million for special projects, pass-through funds (those that go to a third party) and technical aid; all which would be met by donors. A funding gap—or arrears—of $78.2 million was also identified from 2013, with the secretariat again tasked with talking to donors.

4: These international donors include the US and the European Union, regular targets of leaders such as Zimbabwe’s Robert Mugabe, who in his acceptance speech following his pick to lead the bloc this year let rip at. These and other international “partners” as the bloc calls the donors, meet over 70% of its operational (day-to-day) budget, which Mugabe said was not “sustainable”.

5: The bloc in earlier years was heavily bankrolled by key donors such as Egypt and Libya, but the political terrain has since shifted dramatically in those two countries as the aftermath of revolutions and terrorism take their toll on their economies. The burden would then fall on countries like South Africa and Nigeria, handing them a potent foreign policy tool—even if they are seemingly more content playing within their immediate neighbourhoods.

6: The “funding” gap essentially means both members and donors have not come through with their obligations. This defaulting presents a challenge—AU members are now expected to deliver on new higher contributions pegged to their Gross Domestic Products, with the bloc’s 10 largest economies seen funding at least 60% of the overall budget, while any money that comes in goes to plug existing holes.

7: The pan-African bloc is based in the Ethiopian capital of Addis Ababa, and three years ago moved into a new swanky building put up for it—for free—by China, at a cost of $200 million as a “gift to the people of Africa”. The Chinese also fund some of its current programmes, including through donations, and also infrastructure under the AU’s flagship Agenda 2063 growth plan.

8: The expanse that is the AU headquarters in Addis Ababa resembles a Christmas-tree of foreign donations: the most-funded organ is the Peace and Security Committee as you would expect. It is housed in a building built for it by Germany.

9: Kenya, pledged $1 million to help develop the moribund African Court on Human and Peoples Rights, which it hopes will try such cases, in a reaction to claims that the ICC only targets African leaders. In the 2014 proposal, the African Court was allocated only $1 million. Over half of members states are in arrears.

10: Given the percentage of foreign funding so far, under host country Ethiopia’s laws the African Union would be registered as a non-governmental organisation, according to one dry-eyed blogger. Under the rules adopted in 2009, not-for-profit organisations that receive more than 10% of the funding from foreign sources cannot engage in any human rights and advocacy activities. However the AU gets a pass as it is an international governmental organisation.

12: The funds challenge that the African Union faces is amplified by the picture in its supporting Regional Economic Communities. You might not expect it, but the Southern African Development Community (SADC)‘s $88 million budget is 61% funded by international partners, as is close to two thirds of the East African Community’s budget.

The model appears to be that of the Economic Community of West African States (ECOWAS), which is 95% funded by members (one-third by Nigeria alone), and just 5% from donors. The money largely comes from a 0.5% import tariff imposed on goods from outside the bloc. Last month though Ecowas chairperson Kadré Désiré Ouédraogo appealed to members to pay up their dues. Nigeria has enough problems as it were, it can’t be expected to dole out the budget forever.

By Lee Mwiti Despite recently raising the decibel levels of anti-western criticism, over two-thirds of its budget is funded by foreigners. 12 facts proud Africans don’t want to know about the AU’s cash situation – but we’ll tell you anyway THE African Union has just launched its foundation, meant to fund 100% of its operations