Your salary will never be satisfying, invest it in business 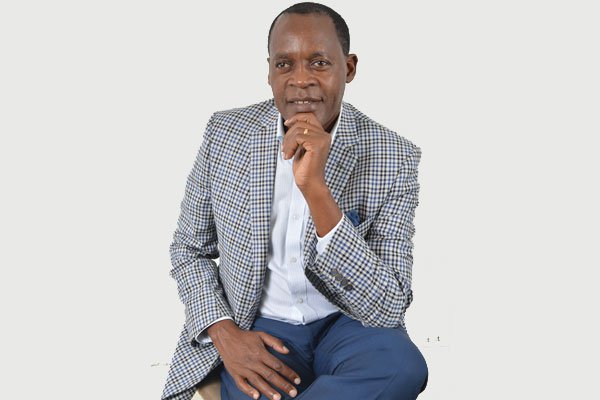 Your salary will never be satisfying, invest it in business

What three attributes do you owe you achievements to?

What kind of student were you?

A hard working one. I was what you would call a bookworm as I put all my energy into my studies, especially when I joined university. I went to the University of Nairobi where I studied economics.

Was it difficult, striking a balance between your social life and studies?

No. My studies came first. I had a personal study timetable that ensured that I gave more time to books as opposed to social activities.

What are some of the highlights of your time at university?

Life was good. Then, unlike now, we got full accommodation inclusive of meals, all paid for by the government. The library too was well stocked; unfortunately, most of the students would spend their allowances on leisure.

Besides your job, what else do you treasure?

Family. They are my first community.

Did you plan your career progression or did it just unravel itself?

It happened. My decision to leave City Commission, now Nairobi City County, in 1989, was all that I needed to establish a thriving career as an aviator. I worked at Kenya Airways for over 20 years, rising through the ranks to become General Manager Middle East and Asia (MEA) and much later in 2013, I resigned as the Group CEO at Precision Air.

You have a rich education background…

I started school barefooted at Kasaini Primary School in Mutituni, Machakos, then proceeded to Mumbuni Secondary School and later Nyeri High School for my A-levels. I then joined the University of Nairobi for a Bachelor of Economics degree in 1981, and later a master’s in Planning in 1987. I also hold advanced management certifications from the Harvard University Business School, Cape Town University, and Maastricht University in the Netherlands.

Did you think you would be managing a hotel four years ago?

No. I wanted to leave employment for business, but I didn’t know that it would be a four-star hotel. I shared my business plan with a friend, the then KCB managing director, Martin Oduor, and he supported me to acquire the financing. That is how the Gelian Hotel came to be.

If you were to go back in time, what would you do differently?

Had I ventured into business much earlier, I would have achieved so much more. I lost lucrative business opportunities because I was employed.

What is the one mistake you regret making in your youth?

While based in Dubai, I was running a very successful company. Looking back, I should never have dissolved it.

Would you say you utilised your youth well?

I have no regrets. I started investing early. I set up my first business, a shop, in 1988.

Job satisfaction when viewed against a fat salary – which is more important?

Job satisfaction comes first. In 1988, I was dying intellectually at the City Commission where the pay was good, but the assignments few. I decided to take a 50 per cent pay cut by joining Kenya Airways – the job was paying Sh3,500. I humbled myself and worked hard. This saw me rise through the ranks.

What do you owe your success to?

My background. I come from a humble setting. My father was a driver. He rarely bought us new clothes, but he would buy us books and stationary often, and yet he had never been to school. He often said that he would have been a highly accomplished person had he gone to school. This inspired me.

What  do you consider yourgreatest achievement so far?

My family. We are happy and have held together. My children have gone through school, and we are able to pay school fees for a couple of children who are not even relatives. This is satisfying.

What have you learnt about money?

If handled with excitement, money goes to waste. If well spent, it brings satisfaction. Money in the bank decreases in value, but when invested, it multiplies.

What advice would you offer a young person reading this?

Salary will never be satisfying. See how you can multiply it through business, however small it is.

Have you had mentors?

When I worked in Dubai, I had a good friend, Abdul Rehaman, a wealthy personality there, as well as Issa Baluchi. They gave me lots of advise regarding business and investment. The stories of Dr Manu Chandaria, Dr Vimal Shah and Dr James Mwangi inspire me in so many ways.

What did you buy first? A car or a house?

Car. It was an investment as it gave back from mileage and car allowances. The allowances were more than the monthly car loan repayments. Today, a mortgage is better, but one should be cautious so that you do not tie yourself to a long repayment period.

How do you unwind?

Reading. I occasionally play golf, swimming and socialising with friends.

Which books are you currently reading?

The Monk Who Sold His Feralli by Robin Sharma, and Tipping Point by Malcolm Gladwell.

Your salary will never be satisfying, invest it in business Reviewed by samrack on January 13, 2017 .

Share thisFacebookTwitterPinterestEmailWhatsAppAlphonse Kioko is the former Precision Air CEO He is currently the chairman, Gelian Hotel, Machakos. PHOTO | COURTESY Your salary will never be satisfying, invest it in business What three attributes do you owe you achievements to? Focus. Passion, and humility. What kind of student were you? A hard working one. I was