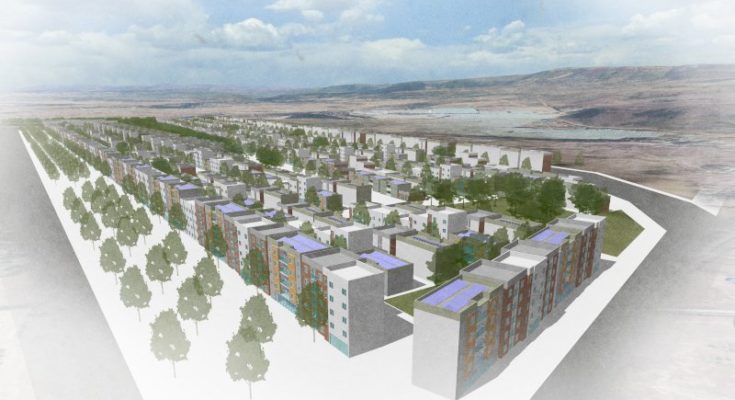 On October 31st, Governor Lee Kinyanjui declared that “the journey towards providing decent and affordable housing for our people” had began with the launch of the Naivasha Affordable Housing Project.

According to documents released by the county government, 2,400 houses will be constructed on a 55-acre piece of land next to GK Prison on the Nairobi-Nakuru Highway. It will be known as the Naiposha Estate.

The project is a private-public partnership. This means that the housing estate will be partly owned by the county government while private investors will take up the rest of the stake.

The county’s major investment in the project is the 55-acre stretch of government land it will lease to the estate, while the rest of the financing will come from private investors who will become part-owners in the project.

The World Bank and the Department for International Development, a UK government agency, will provide technical assistance to the project. This means that they will provide consultants and advisers to facilitate project implementation. They will not fund the construction of houses. That money will come from private investors who will expect a good return on their investment.

Once the project is complete, the aim is to provide affordable loan facilities targeting residents with monthly incomes ranging between 15,000 and 150,000 shillings to acquire ownership of the housing units.

If the project sees the light of day, construction work could provide a considerable number of jobs to young people in Naivasha.

But beyond that, it is not likely that this project will address housing problems faced by the average Naivasha resident in any meaningful way.

The project targets demand for middle class housing in the town, but the middle class forms a very small segment of the population of Naivasha.

The most acute housing problems in the town are at the lowest end of housing demand. Huge segments of the population live in poorly planned settlements in areas such as Kabati, Site, Kihoto and Viwandani.

Unplanned settlements have slowly emerged in areas such as Karagita, Kongoni and Kamere, many of them degenerating into slum conditions and lacking basic amenities such as water supply and waste disposal.

According to a recent report by the Kenya National Bureau of Statistics and the Society for International Development, only 48.9% of households in Naivasha Constituency live in stone houses.

An entire 40% of households in Naivasha live in mud, wood and iron sheet houses. Only 5% of households enjoy piped water supply to their dwellings, and a whole 14% rely on unimproved waste disposal – uncovered pit latrines, buckets and the bush – to dispose of human waste.

With its focus on middle class housing, this latest county government project is far removed from the acute inadequacies of housing faced by the vast majority of Naivasha residents.

Rapid urbanization has gradually created a housing crisis in the wider Naivasha area. If the county government has an obligation to protect the most vulnerable residents from the dangers and inconveniences of poor housing conditions, this latest project is not likely to be seen as an effort in that direction.

Artist’s impression of the proposed housing estate in Naivasha Pic Photo Courtesy World Bank Project Will Build 2,400 Houses in Naivasha, Nakuru County On October 31st, Governor Lee Kinyanjui declared that “the journey towards providing decent and affordable housing for our people” had began with the launch of the Naivasha Affordable Housing Project. According to