Why Mwangi Kiunjuri is a force to reckon with 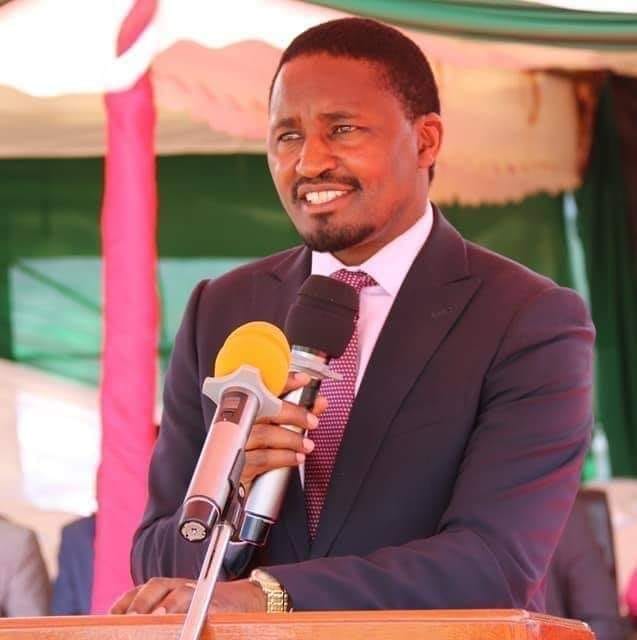 Why Mwangi Kiunjuri is a force to reckon with

For the majority of Kenyans, Mwangi Kiunjuri is the baby-faced former CS who speaks with a heavy Gikuyu accent.

However, many are not aware that Kiunjuri has had a long and tumultuous journey to the top echelons of power.

Perhaps his is the only story that could possibly rival that of Dr. William Ruto, the chicken seller who became a Deputy President.
Kiunjuri’s life has always been shaped in steep competition for survival and risk-taking, which saw a boy emerge from dire poverty of a rural village to the corridors of power.

He was born twelfth in a family of 14 in 1969 at Kiandongoro in Nyeri. His mother, Loise Wanjiku, was a peasant house wife while his father, Gerald Kiunjuri, worked as a clinical dresser in a local dispensary, earning a meagre salary to support his large family.

The young Kiunjuri had an average childhood, attending local primary and secondary schools before proceeding to Moi University where he pursued a Bachelor’s degree in education.

It was at the University that his interest in politics started after he joined the now defunct Ford Party, which was led by veteran Opposition politicians Kenneth Matiba and the late Jaramogi Oginga Odinga.

After graduation, Kiunjuri chose not to pursue a career in teaching but instead collected his savings and bought an old lorry.

At the time, the transport sector was alien to the Michuki rules and he used his lorry as a public service vehicle – doubling as the driver and tout.

Back then, Kiunjuri was a regular figure at the Nanyuki Bus Park where he waited for commuters.

“The transport business taught me a lot, understanding people and their way of living. I was a local man, mixing with local folks, although I had a calling in national politics and I knew this was not the end for me,” he recalled during a past interview.

After two years in the hectic business, the soft-spoken hustler decided to try out his hand in teaching at a local secondary school – but that only lasted a few months.

Kiunjuri went back to his friends at the Nanyuki terminus and informed them his wish to vie for the parliamentary seat in the 1997 elections.
With their support, he became the youngest MP in Kenya while he was only 28 years old.

The youthful politician went on to recapture the seat in 2002 and in 2007 before falling into the political cold in 2013 when he lost the Laikipia gubernatorial race.

Despite the loss, Kiunjuri got a political lifeline in 2015 when President Kenyatta appointed him to succeed the more polished and articulate Anne Waiguru.

It was during his vetting to become a CS that it became apparent just how much his financial fortunes had changed.

According to a wealth declaration report by Parliament’s Committee on Appointments, Kiunjuri declared his wealth to be valued at Sh798 Million as at December 2015 – mainly from land holdings and buildings in Nanyuki, Sagana and Nairobi.

His political mobilisation skills have seen many pundits speculate that he is most likely to take over the leadership of the Mt. Kenya political region after President Kenyatta’s retirement in 2022; having been fired, he now has all the time to activate his grassroot networks.

Why Mwangi Kiunjuri is a force to reckon with Reviewed by samrack on January 21, 2020 .

Share thisFacebookTwitterPinterestEmailWhatsAppWhy Mwangi Kiunjuri is a force to reckon with For the majority of Kenyans, Mwangi Kiunjuri is the baby-faced former CS who speaks with a heavy Gikuyu accent. However, many are not aware that Kiunjuri has had a long and tumultuous journey to the top echelons of power. Perhaps his is the only story