Who are the Kenyan shareholders in SportPesa? 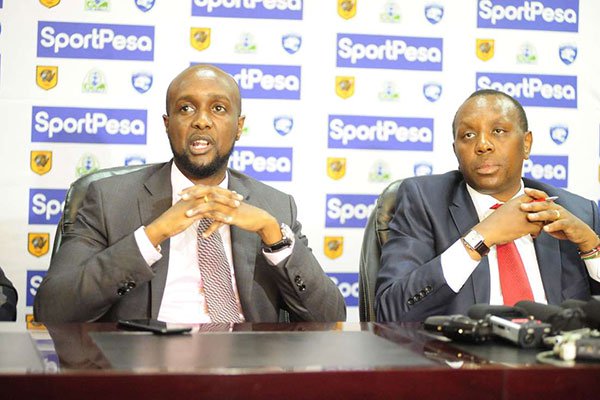 Who are the Kenyan shareholders in SportPesa?

SportPesa has been a roaring success  since it set up shop in Kenya in 2014. Its annual revenues crossed the Sh100 billion mark in under five years, helped by the revolutionary mobile money network. Its success has been the envy of the betting industry in the region, as it came at a time when the country was ready to take on the gambling craze.

The firm would quickly step forward to the international stage after it announced a Sh1.3 billion sponsorship deal with Everton FC. It was the biggest deal in the club’s sponsorship history. The firm would also set up a global headquarters in Liverpool.

Before it shot to global fame, it had entered smaller deals with Arsenal, Southampton and Hull City football clubs as well as the Spanish La Liga and Italian teams.

The firm has, however, chosen to keep its ownership structure, which includes Bulgarians and several Kenyans who are now the centre of attention as the government cracks the whip on betting firms, under wraps.

The firm has connections to other companies incorporated in the United Kingdom and the Isle of Man, a tax haven favoured by sports betting firms.

But behind the firm is a group of foreign billionaires who struck gold in Kenya. The most recent shareholder records seen by the Saturday Nation show that Guerassim Nikolov, a Bulgarian, owns a 21 per cent stake in the company, making him one of the three biggest owners.

Mr Nikolov is understood to have started out with a Bulgarian casino in 1989. He came to Kenya several years later where he started as a casino manager. He was the brains behind Toto 6/49, which went under.

The other two largest shareholders are Gene Grand and Asenath Wacera Maina, who own a 21 per cent stake each. Grand is a foreigner while Ms Wacera is a Kenyan. In total, the three own 63 per cent. Ms Wacera, the widow of former Nairobi mayor Dickson Wathika, has successfully kept a low profile.

Billionaire Paul Wanderi Ndung’u owns a 17 per cent stake in the firm. Mr Ndung’u, who built his fortune as a Safaricom distributor, has been the firm’s board chairman.

Mr Ndung’u was the chairperson of the Friends of the Jubilee Foundation technical committee that raised billions for the party in the run-up to the 2017 election.

Other shareholders are Mr Ronald Karauri, who is the firm’s chief executive officer. He owns a seven per cent stake in the firm. Mr Karauri is a former Kenya Airways pilot.

The firm maintains it has been playing by the rules and has paid its fair share of taxes as required. It has a tax clearance certificate and several awards from KRA to prove it.

Who are the Kenyan shareholders in SportPesa? Reviewed by samrack on July 21, 2019 .