Do you have a will? Write one now to save your family pain and agon

Home  › Africa › Business › Diaspora › Kenya › Kenya Diaspora News › News › People › U.S Diaspora › Do you have a will? Write one now to save your family pain and agon 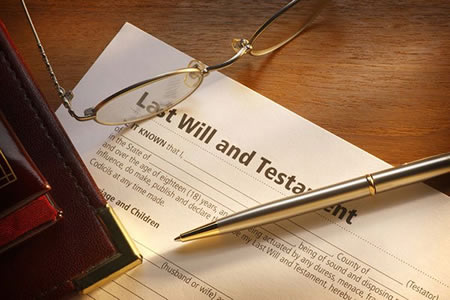 Do you have a will? Write one now to save your family pain and agony

Kenyans rarely want to think of death, especially their own. Hardly are preparations ever made beforehand – on what to do with the body, how long to wait until the burial, where to bury the body and, most importantly, who will take over their estate once they are gone. Those who make these arrangements before they die are often regarded as odd or simply macabre.

INTESTATE
Cultural beliefs are mostly responsible for this mindset and thus, few Kenyans make a will before they die. “Many of those who approach me to write their wills are old. However, I believe anyone with dependants or if single but with considerable property, ought to write a will,” family law practitioner Enricah Dulo told the Saturday Nation. Once a loved one has died and the grief has abated, a family has to divide the property left behind among themselves. The absence of a will makes things more difficult, as some may want to take more for themselves while leaving others out. When a person dies without a will, they are said to have died intestate. According to Thursfield Solicitors’ website, an article by Edward Jones says that a will is important for various reasons. First of all, it ensures that one’s wishes are respected. It guides the way one’s estate is distributed among their survivors. It ensures that unmarried partners and even charities are included in the inheritance, whereas the lack of a will would only see direct heirs benefit. Mr Edwards says further that a will also enables one to name their preferred choice of guardian for their children. In the event a person dies before their children turn 18, the people they think would be best suited to raise their children will be given the responsibility. This minimises the chance of legal battles over custody, which further traumatises the minors after the death of a parent. The third reason is to ensure that one minimises the chances of the succession dispute going to court.

BENEFICIARIES
For example, in the case of the late Cabinet Minister Mbiyu Koinange, who died intestate 38 years ago, there has been a fierce court battle among his wives and children. In 2017, two of his wives who had been left out of the succession process were included by a High Court decision. One of the daughters, Lena Koinange, who had hived off some land on the Closebum Estate in Runda without consent of the administrators was ordered to hand over the title transferred to her in June 2019. In another succession battle, three brothers took their grievances to court after they failed to agree on how to divide their late father’s property among themselves. In 2018, Judge Joel Ngugi dismissed an application by Kamau Maragara against his brothers Francis Kamwana Maragara and Gabriel Gitau Maragara. Mr Kamau had wanted a previous judgement over the property of their late father Munyiha Maragara changed and to be awarded a bigger share of the land. “The fact of the matter is that this was the very issue that was litigated in Thika Chief Magistrate’s Succession Cause No. 235A of 2004. At the conclusion of the case, the Trial Court gave a judgement with a finding that the parcel of land was to be divided equally among the three beneficiaries. The applicant did not appeal against that decision.

SIBLINGS
“It follows that he cannot now, in the guise of seeking revocation, seek to reopen that closed litigation. It is improper to use the avenue provided in section 76 of the Law of Succession Act to contest the mode of distribution many years later after one had already participated in litigation in which a competent Court pronounced itself on the mode of distribution,” Justice Ngugi said in his judgement. In another case over the property of Arap Rotich alias Chepkwony Arap Mosong, brothers Joel Kipngeno Chepkwony, Titus Kiplangat Melly and Wesley Lelei Chepkwony went to court seeking help in dividing their father’s estate namely Kericho/Kiptugumo/69 measuring 6.42 acres, Kericho/Ngomwet/83 measuring 44.479 acres and Kericho/Ngomwet/144 measuring 30.14 acres. The deceased had 11 children from his first house, eight sons and three daughters, and five children from the second house, three sons and two daughters. Justice Mumbi Ngugi observed that even though the brothers had fairly divided the property to be held in trust by their mothers, they had left their siblings out of the inheritance. “Section 38 of the Law of Succession Act is clear that the estate must be distributed equally between all the children of the deceased, regardless of their gender or marital status,” Justice Ngugi said in her judgement on July 2018. – nation.co.ke

Do you have a will? Write one now to save your family pain and agon Reviewed by samrack on July 21, 2019 .

Share thisFacebookTwitterPinterestEmailWhatsAppDo you have a will? Write one now to save your family pain and agony Kenyans rarely want to think of death, especially their own. Hardly are preparations ever made beforehand – on what to do with the body, how long to wait until the burial, where to bury the body and, most importantly,