Which country has the largest diaspora? 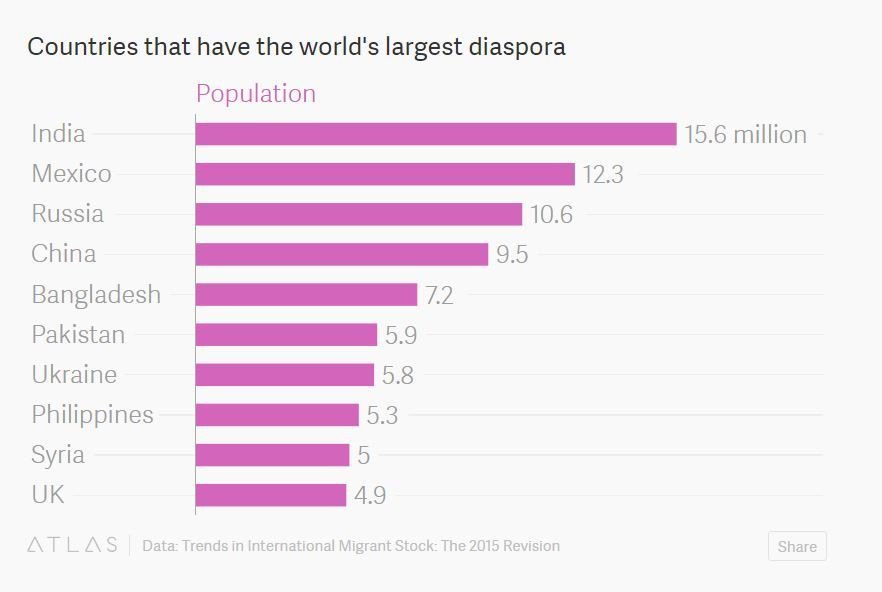 Which country has the largest diaspora?

Over 15.5 million Indians live outside the country, a number greater than the combined populations of Zimbabwe and Kuwait. Since 2005, when Indians formed the world’s third largest diaspora at 9.5 million, their numbers have risen by staggering 60%, a new study on international migration by the United Nations has reported.

Over two thirds of the immigrant population was hosted in just about 20 countries.

The US remained home to the largest immigrant population in the world at more than 46 million, followed by Germany at 12 million. Meanwhile, the United Arab Emirates, which hosted a little over 2.4 million immigrants in 1995, now has over 8.1 million. READ MORE

Which country has the largest diaspora? Reviewed by samrack on March 4, 2016 .