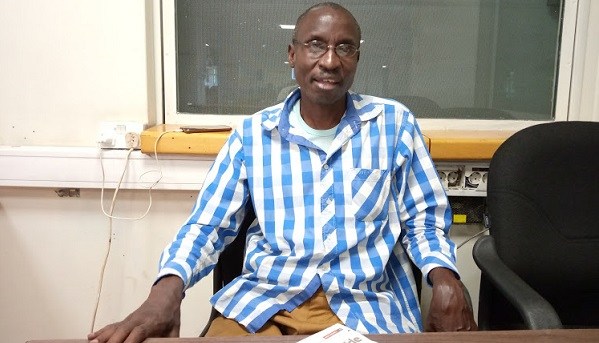 The Degodia men killed in the 1984 Wagalla Massacre were lured to the airstrip with the promise that President Moi would visit with goodies and handouts, a former special branch operative has claimed.

The massacre took place on February 10, 1984, at Wagalla Airstrip in Wajir county.

Joseph Lando Khwatenge, who joined the special branch intelligence unit in late 1984, told the Star on Saturday that security officers were instructed to tell the Degodia men that they should hurry to the Wagalla airstrip to receive the President. The men were then detained and told to produce guns.

The aim was to mop up illegal firearms, which had led to sporadic ethnic conflicts that destabilised the region.

Those tasked with the mop-up drive took advantage of the absolute political loyalty that the Degodia clan had to President Moi.

Khwatenge, who left the service at the rank of inspector in 1992, told the Star that officers were threatened with sacking and imprisonment if they left detainees to escape.

The rounding up came after a vicious attack that Degodia fighters staged against their Adjuran neighbours.

“The Degodias were appointed to government hence their loyalty. In fact, other clans in the area always believed they were excluded at the expense of their Degodia rivals,” he said

The 58-year-old former intelligence officer said the forces combed every part of Wajir county, targeting areas where the Degodias lived. Thousands turned up at the airstrip to receive ‘their’ President.

“The Degodias would even brag to their rival clans that their President was coming, hence left all they were doing to receive him, expecting goodies and handouts from the generous President Moi,” he explained. But Moi was not even scheduled to visit the area.

At the airstrip, Khwatenge recounted, the men were forcibly led to a containment area surrounded by barbed wires and chain links. They were told that they would be released only after revealing where their guns were and be willing to surrender it to the police.

The blanket assumption was that every man rounded up had a gun at home.

“The officers were told that should any detainee escape, they would individually be required to produce a gun instead. So if one man escaped, the officers would produce one gun,” he said.

“Without a gun, the officers stared at longer prison terms,” he added.

The men would be held in the open sun for over five days without any supply of food and water, but would not say anything about their guns, if any.

“Just like the people who were kept in the scorching Wajir sun for over five days without food and water, so were the police officers who were keeping watch,” he said.

Khwatenge said after five or so days, the wives and family members of the marooned men became restless and broke into the airstrip wailing, demanding that their loved ones be freed.

At this point, he said, the men in their numbers attempted escape, scaling the barbed-wires. What ensued was the indiscriminate shooting of those attempting to run a way, leading to the massacre, he said.

“The officers acted to preserve their lives and jobs. Imagine you are a class seven or less drop out staring at prison term because of letting people escape. This was their situation,” he detailed.

While the Moi government maintained that only 57 men were killed, witnesses told the Truth Justice and Reconciliation Commission that about 5,000 were killed.

The Moi regime did not publicly acknowledged wrongdoing in the part of the security forces until October 2000 when Deputy President William Ruto, then an Assistant Minister in the Office of the President, told Parliament that 380 people had been killed.

The TJRC and the UN described the incident as the worst form of human rights violations in Kenya’s history.

He claimed HEDAM, as the president was code-named in security circles, was not aware of the massacre.

Khwatenge, who presented his recollection of events while in service to the defunct Truth Justice and Reconciliation Commission and the Gor Sungu-led Parliamentary Select Committee that investigated the murder of former foreign affairs minister Robert Ouko, said the nature of their work made them heartless but extremely loyal to the second head of state.

Share thisFacebookTwitterPinterestEmailWhatsAppWagalla massacre: Special branch operative gives his version of events The Degodia men killed in the 1984 Wagalla Massacre were lured to the airstrip with the promise that President Moi would visit with goodies and handouts, a former special branch operative has claimed. The massacre took place on February 10, 1984, at Wagalla Airstrip