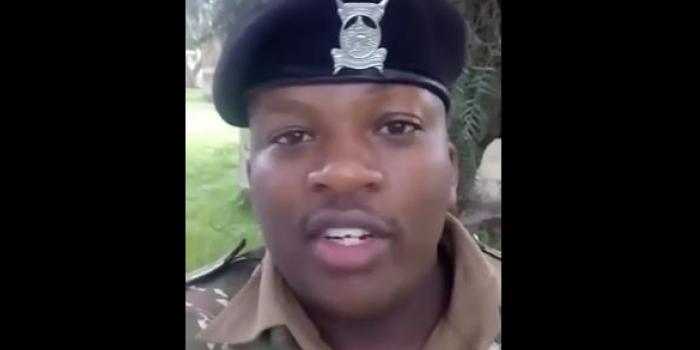 VIDEO: Police Officer Sends Message to CORD Protesters in ‘Rap Style’ Reviewed by samrack on May 21, 2016 .

VIDEO: Police Officer Sends Message to CORD Protesters in ‘Rap Style’ A police officer has showcased his mastery of poetry skills in a video shared online, with a deep message surrounding the current political situation in the country. In the video, the Administration Police officer expresses his message through a ‘spoken word’, advising the youth and political leaders