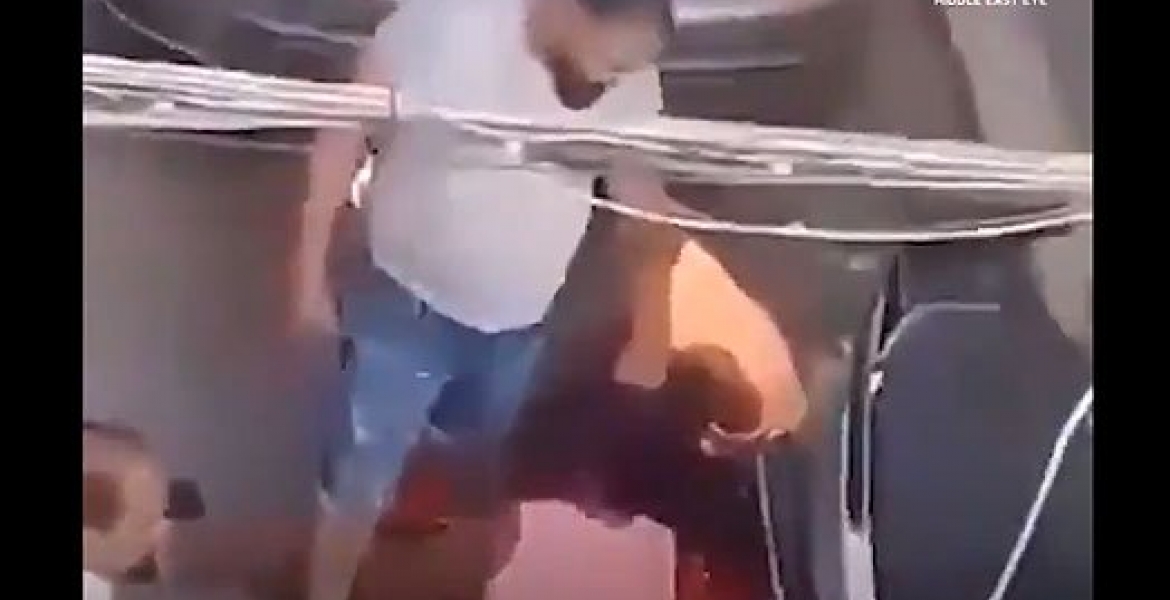 In the footage lasting 1:31, the seemingly heavy built man is seen reigning blows and kicks to two ladies who are seated on the floor, while he grabs them by their hair. Later, some members of the public join the man in beating the two. The beating is reported to have lasted about 15 minutes before police intervened.

Lebanese Justice Minister Salim Jreissati earlier condemned the attack, saying “It is important that the justice minister announce to the public that the (incident) of a soldier hitting two Kenyan nationals and harming them with others’ participation was investigated at the Burj Hammoud police station where the facts were documented.”

The army official was reportedly arrested later and is set to be charged before a military court.

Daily Star, a Lebanese publication, however reported that the army said the incident happened at Burj Hammoud on June 17th and that the two women were the first to attack the army officer, leading to the incident.

“The two women who were drunk assaulted an army member who was with his wife, and hit him with a bottle on his head,” the statement said. “This prompted one of the civilians [present at the scene] to interfere and hit the two women.”

VIDEO of Two Kenyan Women Being Assaulted by Military Officer in Lebanon Emerges Online Reviewed by samrack on June 26, 2018 .

VIDEO of Two Kenyan Women Being Assaulted byMilitary Officer in Lebanon Emerges Online A video of a Lebanese army official assaulting two Kenyan women in Beirut, Lebanon, has emerged online. In the footage lasting 1:31, the seemingly heavy built man is seen reigning blows and kicks to two ladies who are seated on the floor,