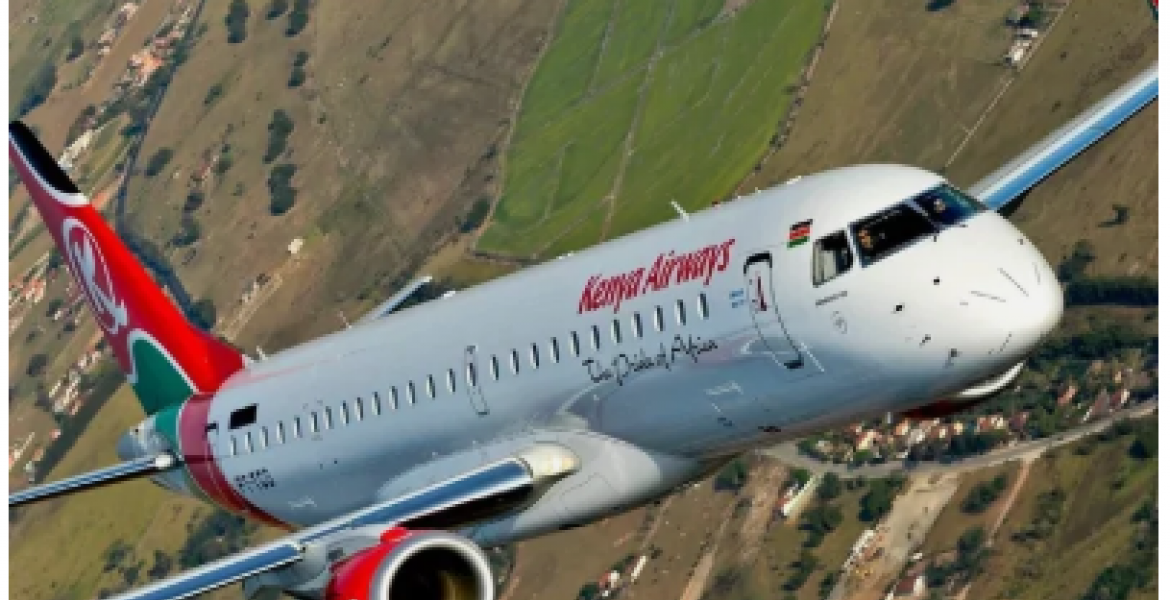 A video of a Kenyan pilot crosswind landing a Kenya Airways flight has excited Kenyans on social media.

The video was shared by a Facebook user named Samuel Mwangi who indicated that the pilot landed at Schipol Airport in the Netherlands after waiting in the air for a while due to bad weather.

“Kenyan pilot with more than 300 passengers lands in Schipol Airport in the Netherlands after waiting for a while in the air for the weather to settle down, he had no choice but to land, fuel was running out,” Mwangi posted.

In aviation, crosswind landing is a landing maneuver in which a significant component of the prevailing wind is perpendicular to the runway centerline.

Here is what Kenyans online said in regard to the video recording;

Fuata Nyuki noted: “That plane is beautiful… Pride of our Nation.. KQ should never be let to go under.”

Rose Otieno said: “Crosswind landing, a friend of mine told me it’s too scary, it needs a brave pilot…kudos to our Kenyan pilot, he needs an award!! The problem with our country is selfishness and no one will recognize this effort.”

Monicah Njoroge said: “This one must have watched a lot of movies involving ✈️✈️✈️, hio confidence hakuna mwalimu anawezakupea 😂😂😂😂 But again, I celebrate them.”

Pastor Henry Waweru wrote: “One time I flew from Paris to JKIA, the pilot name was Eric Njuguna, the landing was my best ever . Our pilots are very good..You know a pilot is great by the takeoff and landing…No bumping bumping.”

Victor Nyorani stated: “We have some extremely talented and genuine people in Kenya, despite the many corrupt leaders. I’ve had the privilege of meeting some good people in this country.”

Mohammed quipped: “I have used KQ and Emirates… KQ wallaahi is SUPERB… Very fast in gaining stability and no turbulence in the skies…”

Share thisFacebookTwitterPinterestEmailWhatsApp[VIDEO] KQ Pilot Impresses Kenyans Online with Skillful Landing in the Netherlands A video of a Kenyan pilot crosswind landing a Kenya Airways flight has excited Kenyans on social media. The video was shared by a Facebook user named Samuel Mwangi who indicated that the pilot landed at Schipol Airport in the Netherlands after