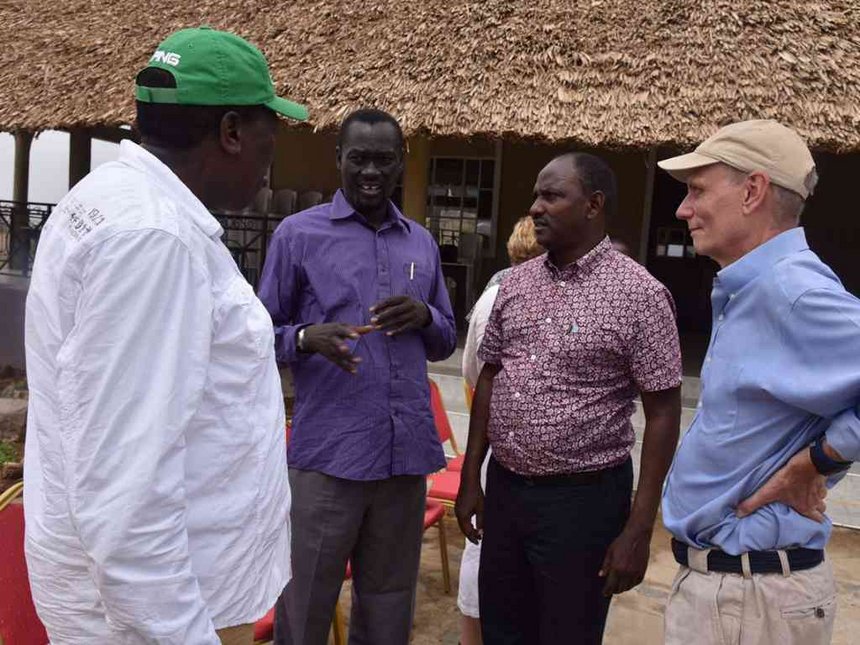 The US government has pumped in Sh25 billion to an underground water exploration project in Turkana county.

US ambassador Robert Godec has said Turkana’s underground water is enough to supply water to the entire semi-arid Northern Kenya.

He said the mapping project will also establish how the water resource will be exploited.

“We have supported this project with $250 million. It will help understand what is available and how we are going to access it,” Godec said.

Speaking in Lodwar after launching the mapping on Sunday, Godec said the underground water will be supplied to neighbouring West Pokot, Marsabit and other Northern Kenya counties.

Two aquifers were discovered near Lodwar and Lotikipi in Turkana in 2013, with capacities of 10 and 200 billion cubic metres respectively.

The Kenya Rapid programme, together with an accelerated value chain project, will enhance livestock quality in pastoralist communities.

He praised the Turkana Wind Power project, saying it will soon generate an additional 310MW of electric power to the national grid.

“Wind power will bring back over Sh660 million to the local communities as corporate social responsibility,” Godec said.

He lauded devolution, saying it has helped transform lives in marginalised areas.

“There are good indications devolution is genuinely making a difference in many counties,”Godec added.

He said the US government will support peace building initiatives in the drought and banditry-hit areas in Northern Kenya.

In February, Human Rights Watch raised the red flag over the dropping water level in Lake Turkana, warning this threatens to rob more than 500,000 people in Kenya and Ethiopia of their livelihoods. In a statement, the international rights group said the dropping water level is a result of development of dams and plantations in Ethiopia’s Lower Omo Valley. Lake Turkana’s water level has dropped by at least 1.5m since January 2015.

US pumps in Sh25 billion to Turkana underground water exploration project Reviewed by samrack on April 11, 2017 .