Uhuru’s administration has began a crackdown on the judiciary by suspending its key financier – The Kenya government has shut down IDLO, a foreign NGO that provides financial and technical support to the judiciary – IDLO is suspected to have been instrumental in the Supreme Court ruling that annulled Uhuru’s win – The government has also frozen its accounts and is on a mission to ensure the NGO is kicked out of Africa President Uhuru Kenyatta’s administration has made good its threats to crack down on the judiciary by shutting down its key financier, a foreign NGO. The government has ordered the immediate shut down and freezing of accounts belonging to the International Development Law Organisation (IDLO). IDLO has been funding the Kenyan judiciary for the last eight years and the government believes they are one of the reasons the Supreme Court nullified Uhuru’s win in the August 8 election.

Professor Makau Mutua, a strong critic of Uhuru’s administration, is the chairman of IDLO’s advisory board. 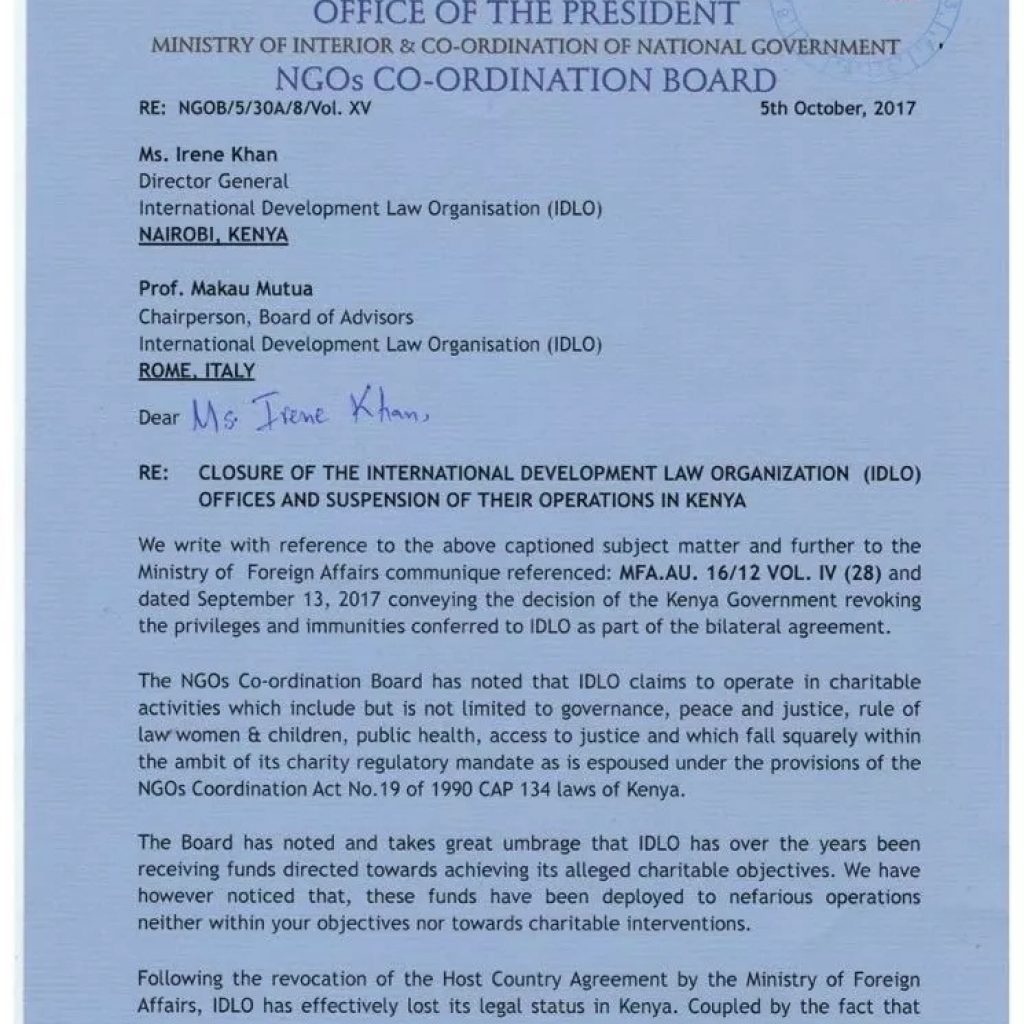 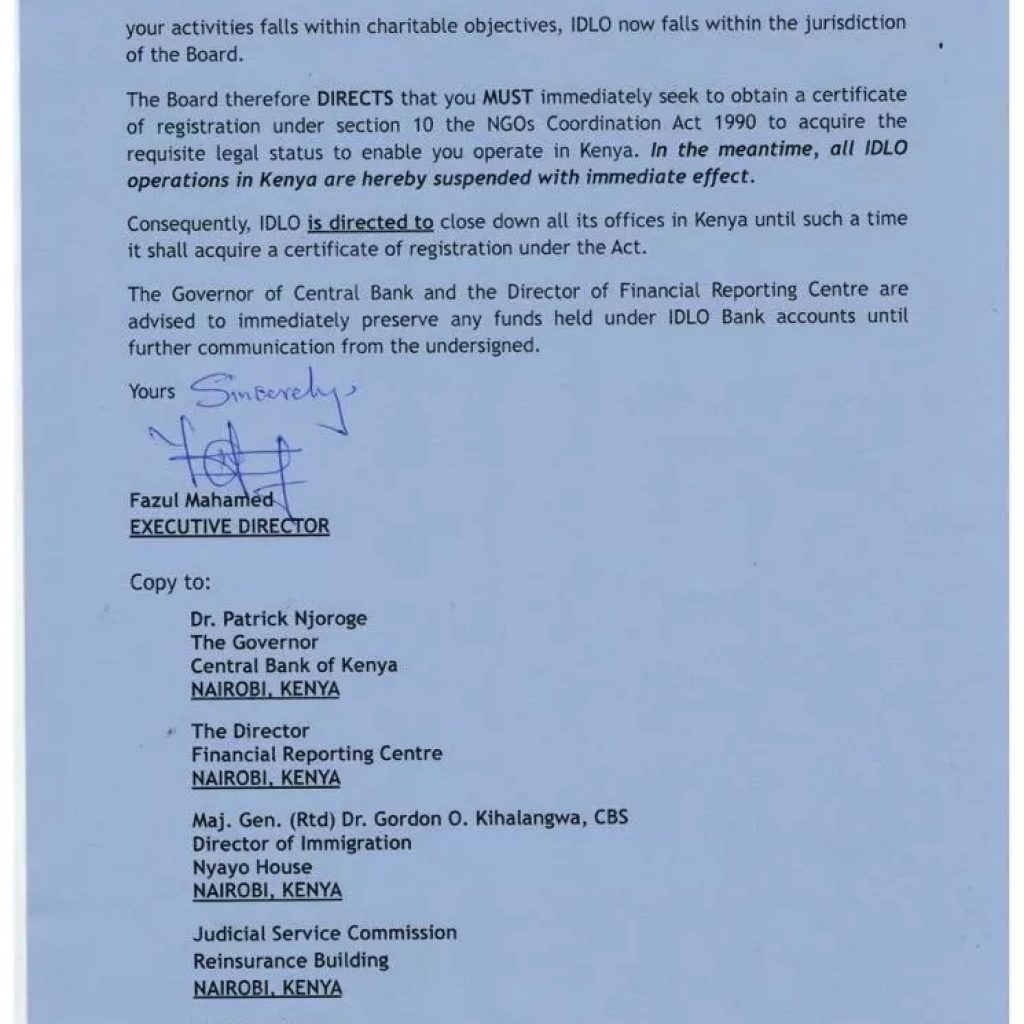 In a two-page letter by the chairman of the NGO Coordination Board Fazul Mohammed addressed to IDLO boss Irene Khan, the government has ordered that its offices be shut down and the Central Bank ordered to freeze all its accounts in Kenya until further notice. The government accuses IDLO of underhand deals far from its mandate as a charitable organisation. READ ALSO: List of expenses troubling IEBC ahead of fresh election According to the letter, the funds IDLO has been receiving for charitable activities have instead been deployed to nefarious operations. READ ALSO: Stop destroying Kenya’s economy for your selfish gain, Uhuru tells Raila The latest development will be seen as a blow to the Kenyan judiciary who have been benefiting from IDLO in the last eight years. The NGO was instrumental in the handling of the presidential petition as it provided the judiciary with financial and technical support. IDLO has been financing the judiciary led by David Maraga Photo: Star The direct beneficiaries of IDLO’s financing include the offices of the Chief Juctice and Deputy Chief Justice, the Judicial Service Commission, office of the Cheif Registrar of the Judiciary, National Council on Administration of Justice, Judiciary Training Institute (JTI) and Family Division of the High Court. READ ALSO: Chaos, confusion after NASA protestors in Busia hurl teargas at police officers IDLO’s main objectives in Kenya and indeed Africa include enhancing access to justice for all through strengthened institutional capacity to administer justice. The Kenya government is even determined to ensure IDLO is kicked out of Africa as Foreign Affairs CS Amina Mohammed has been meeting her counterparts from host countries to convince them to take the steps. Amina is said to have convinced the Egyptian government to take action against IDLO.