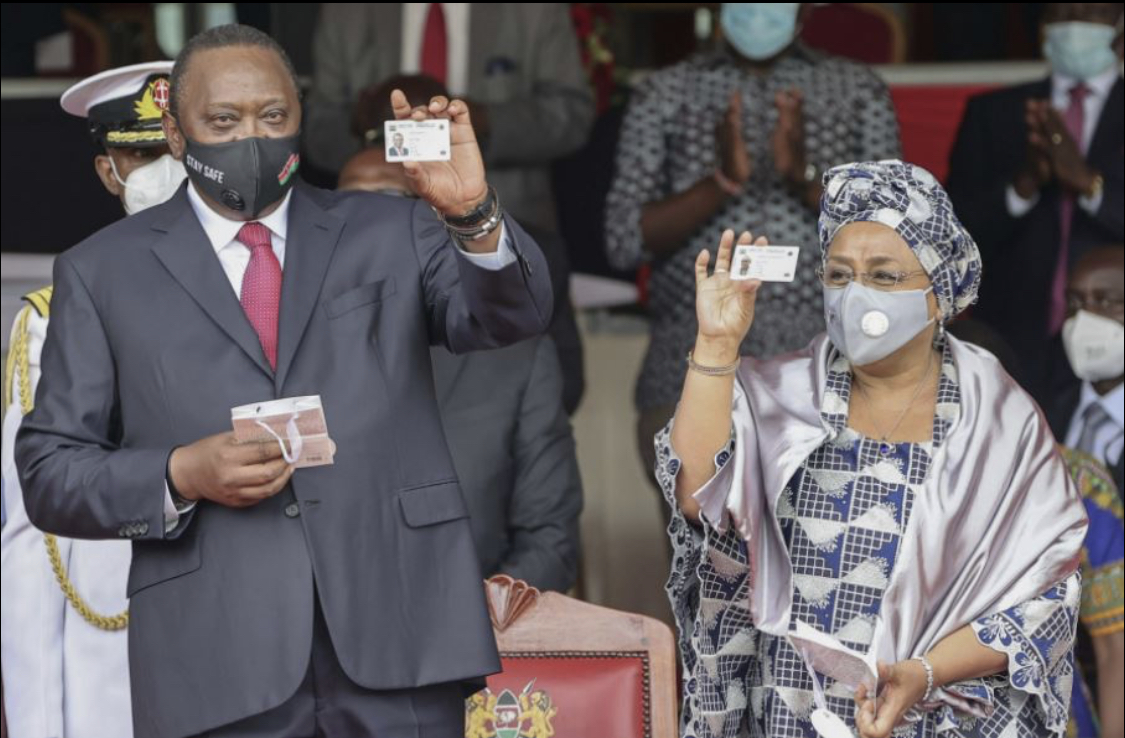 The process of developing ‘Huduma Namba’ is complete, with President Uhuru Kenyatta and First Lady Margaret Kenyatta becoming the first recipients of the cards.

President Uhuru and the First Lady together with ten other Kenyans received their Huduma Namba cards at the Gusii Stadium during the 2020 Mashujaa Day celebrations.

According to Interior Cabinet Secretary Fred Matiang’i, the national rollout of the cards now awaits the rubberstamp of the Data Commissioner.

The National Assembly Committee on Communication, Information, and Innovation will be vetting Kassait on Wednesday, October 28.

The position of Data Commissioner is a creation of the Data Protection Act of 2019 which seeks to regulate the processing of personal data and protect the privacy of individuals. The act came into force on 8th November 2019 after a long wait.

A Data Commissioner’s main mandate is to enforce the Data Protection Act of 2019 as well as establishing and maintaining a register of data controllers and data processors. A Data Commissioner also receives and investigates any complaints on infringements of the rights under the Act.