Trump’s queries a pointer to tough engagement with African countries 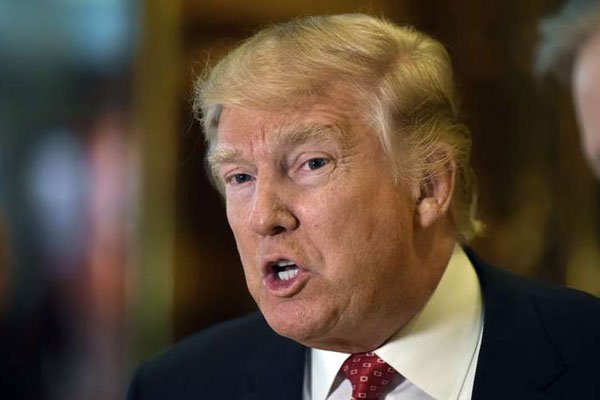 Trump’s queries a pointer to tough engagement with African countries

Pointed questions raised by US president-elect Donald Trump’s transition team about America’s relations with Kenya and Africa have raised concern about how Africa will relate with the new administration.

Mr Trump’s transition panel has questioned why the US has been fighting Al-Shabaab for a decade yet it has not won, for example, raised concerns on how the money that Washington donates to various causes in Africa is spent; wondered whether Big Sam is serious in doing business with Africa among other concerns.

In a questionnaire that the transition team sent to the US state department, whose contents were published on Friday by the New York Times, a number of questions are raised and analysts say they are a pointer to the attitude Mr Trump will have towards Africa when he is sworn in to run the White House.

One question goes: “We’ve been fighting al-Shabaab for a decade, why haven’t we won?”

Then another: “How does US business compete with other nations in Africa? Are we losing out to the Chinese?”

A further query: “With so much corruption in Africa, how much of our funding is stolen? Why should we spend these funds on Africa when we are suffering here in the US?”

They don’t end there. Another worry: “Most of Agoa (African Growth and Opportunity Act) imports are petroleum products, with the benefits going to national oil companies. Why do we support that massive benefit to corrupt regimes?”

There comes another worry relating to the state of affairs in Uganda.

“We’ve been hunting [Lord’s Resistance Army rebel group leader Joseph] Kony for years, is it worth the effort?” the document poses. “The LRA has never attacked US interests, why do we care? Is it worth the huge cash outlays? … Even the Ugandans are looking to stop searching for him, since they no longer view him as a threat, so why do we?”

And if you thought the Ebola disease that ravaged western Africa countries two years ago is dead and gone, Trump’s transitional team wants answers on the matter.

“How… do we prevent the next Ebola outbreak from hitting the US?”

The questions, contained in a four-page document, could be the clearest pointer to the way Mr Trump will be seeking to engage with Africa, a topic he hardly discussed in the campaign leading to his election in November 2016.

“[Outgoing President Barack] Obama was very messianic. And Trump has no desire to be a messiah for anyone. He’s just a businessman trying to make money, at least for the country,” Prof Macharia Munene, a professor of history and international relations at the United States International University, told the Nation on Saturday.

The question on whether the US has let China gain more foothold in doing business with Africa, for instance, reveals that Mr Trump is gearing for a “scratch my back I scratch yours” relationship, according to Mr Zaddock Syong’oh, a former policy advisor at the Ministry of Foreign Affairs and International Trade.
“Mr Trump is giving top priority to American interests and his engagement with external players, whether it is Africa or Kenya as an individual country, saying the relationship must be on the basis that it is serving American interests. That is to say, his policy is based on a quid pro quo approach of ‘you scratch my back, I scratch yours; for every good thing I do to you, what is in it for me?’” said Mr Syong’oh.

It has never been so blatant and so open,” added Mr Syong’oh who has worked at the foreign affairs ministry for six years.

One of the likely consequences if the questions become policy will be a decline in the amount of money that the Trump administration will be channelling to Africa as aid.

During his reign between 2001 and 2009, President George Bush quadrupled the amount of monetary donations to African countries, according to the New York Times.

The newspaper adds that Mr Obama, Mr Bush’s successor, largely maintained the sums even as his administration was making cuts elsewhere.
“Even so, the amount of American aid in 2015 to other critical allies — Afghanistan (5.5 billion US dollars), Israel ($3.1 billion), Iraq ($1.8 billion) and Egypt ($1.4 billion) — far exceeded the approximately $8 billion for all of sub-Saharan Africa,” NYT reported.

If Mr Trump continues with his right-leaning tendencies exhibited during the campaigns, Prof Munene said, it is likely that funds coming in through Usaid may be slashed or halted altogether.

“There may be some thinking along with the white American conservatives who believe that any deal with any other country is a giveaway, without looking at the other side of it,” he said.

DOING A LOT OF BUSINESS

“These are businesspeople and they are going to be doing a lot of business. So, Kenyans should, in talking to the American officials, show them the business opportunities here.  We need more investments than the so-called aid,” added Prof Munene.

If the question on the fight against al-Shabaab informs an equally blunt policy decision by the Trump administration, it will deal a major blow in Kenya’s efforts to fight the terror group as the US has previously been involved in, among other efforts, launching drone attacks that killed a number of al-Shabaab leaders.

Besides al-Shabaab, the questionnaire also seeks answers on why the US is concerned about fighting Boko Haram terrorists in Nigeria. Its drafters wonder why the girls who were kidnapped by the militants in 2014 have not been rescued.

“If Mr Trump decides against fighting al-Shabaab and Boko Haram and all these terror groups, then it will of course have some effect on even US security itself, because the reason the US has been helping in fighting them is because it’s in its interest.

“And it’s possible that Mr Trump might do it more because he promised to rebuild the military; to make it bigger than it is,” explained Prof Munene.
So, what does the questionnaire from Mr Trump’s transition mean? Mr Syong’oh said it is normal for a new administration to ask questions about the engagements of its preceding regime.

Mr Syong’oh, currently a consultant, expressed optimism that despite Mr Trump’s habit of making decisions on the run, the questions will not turn into actionable policies given the legal regime in the US.

“What I know for sure is that the American state system is a highly structured system. Decision making processes are very, very structured and they go through a lot of stages,” he said.

Trump’s queries a pointer to tough engagement with African countries Reviewed by samrack on January 15, 2017 .