We are witnessing what could be the largest number of celebrity breakups affecting our favorites couples in the entertainment industry, however, we must point out that there are those marriages that have stood the test of time.

The most recent celebrity breakup is between comedian Dr Ofweneke and his fiancee, Nicah real name, Victoria Wanja after he confessed that they had broken up and were no longer together.

The female gospel singer then came out to reveal that they actually separated back in September 2016 when he walked out of the matrimonial home after beating her mercilessly, leaving her behind with two children, one from a previous relationship. 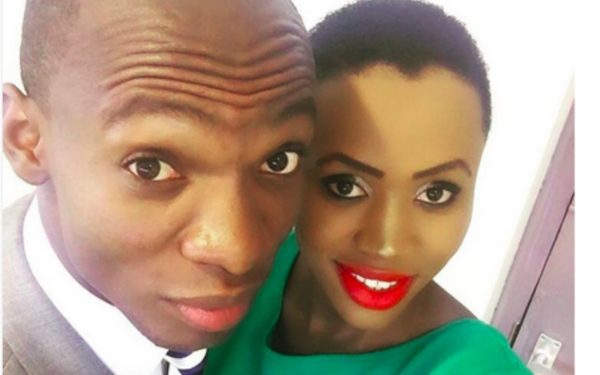 But that’s just one of the sad stories of relationships that don’t last. But that does not necessarily rule out the fact there are Kenyan celebrities who are managing just fine in their marriages and living the almost happily ever after life.

Here are some Kenyan celebrity couples that make marriage look so blissful and dazzling.

1. Wahu And Nameless
They have made it to the top of my list and I’m sure you all love them too. Wahu Kagwi and Nameless real name David Mathenge have been together for 11 years, and yes, they’re still going strong. They have been blessed with two daughters, Tumiso and Nyakio Mathenge and recently, Nameless revealed that he now wants a son.

2. Size 8 And DJ Mo
Gospel bigwigs Linet Munyali and her husband Sammy Muraya aka DJ Mo are one of the most loved couples in the Kenyan music industry and we all know why. They are both down to earth and seem to be genuinely in love. They are blessed with a cute daughter Ladasha Belle who turned a year old in Nov.

3. Julie Gichuru and Anthony Gichuru
The popular media personality and her wealthy husband have been married for 16 years now and have 4 children together- 3 boys and one girl. Julie Gichuru always celebrates her marriage, showing off her man on social media despite several rumors that she was not happy in the marriage.

4. Reverend Kathy Kiuna and Bishop Allan Kiuna
They are the most popular and celebrated church leaders in Kenya and when it comes to having a stable marriage, they indeed have an admirable one. The wealthy couple has three children, two girls, and one boy. Their first born daughter Vanessa Kovac walked down the aisle in 2015 and was later blessed with a cuddly daughter, making them first-time grandparents.

5. Bob Collymore and Wambui Kamiru
This couple is one of the most lovable in Kenya, not just because of their simple yet classy wedding but for their genuine love and affection for each other. The Safaricom CEO and the awesome artist met in the line of work and were both married before, with children from their previous partners.

6. Ababu Namwamba and Priscilla
This politician has been flaunted his wife on social media for the longest time, making those who are single turn green with envy, taking her on lavish trips and holidays. They are always proclaiming love for each other on the internet.

7. Chris Kirwa and Christine
This lovely couple is always celebrated for their unending love and support for each other, Chirs Kirwa and his wife Christine are inseparable despite being married for years. They are mentors for many celebrity couples and most of them look up to them for marriage advice and guidance.

8. Emmy Kosgei and Apostle Madubuko
Emmy Kosgei and her Nigerian husband have stood the taste of time despite being a couple of years apart. The two held a lavish white wedding and a traditional one in Kenya and another one in Nigeria. Though many thought that Emmy was after Madubuko’s money, she’s proved that love works.