The transaction put the value of Mr Macharia’s 35 per cent shareholding in the company at Sh1.12 billion, just about 15 years since the company was started.

The tech firm is the poster child of his entrepreneurship journey.

At his swanky boardroom on Riverside Drive, it is hard to imagine Mr Macharia as the 25-year-old who “accidentally” started a tech company at a time when owning a mobile phone was a big status statement and the IT sector in Kenya was virtually non-existent.

“I don’t think the word billionaire fits. Maybe I am a billionaire at heart,” he protests matter-of-factly. 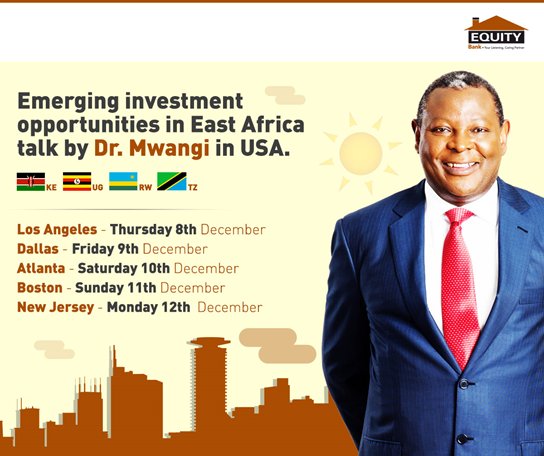 The venture capital arm of Toyota Tsusho’s injection of Sh300 million ($3 million) into Seven Seas in return for a 9.5 per cent stake, however, confirms that Mr Macharia, 41, is indeed a billionaire.

A born Nairobian who grew up in the neighborhood that would later become Thika Road’s Garden Estate, Mr Macharia dropped out of a mathematics and physics course to become an accountant.

At the inception of Seven Seas, he had been working for a local IT company while exploring opportunities to study in the United States.

His journey would be diverted to Rwanda. His first contract involved helping the country’s national carrier set up its IT systems.

It was this contract that necessitated the setting up of the company, an initial partnership with Dutchman Rob Van Hoek — who left the company recently but retains a minority stake.

The ambition was burning. The name Seven Seas was meant to evoke the spirit of a company unlimited by geography or sector.

Rwanda proved a fertile ground for Seven Seas. Just as he was finishing the Rwanda Airlines job, the country’s military approached him with their own contract.

He soon found himself making a presentation to uniformed officers in a derelict building where the signs of Rwanda’s history of conflict were yet to be erased.

He clinched that deal too.  Mr Van Hoek attributes this initial success of Seven Seas partly to Mr Macharia’s abilities as a salesperson.

“He was convincing in his approach. He was good at getting the customers and the deals. I was good at operations and executions,” he told the Business Daily in a phone interview.

The company grew, attracting the attention of James Gachui, a tycoon with a dominant presence in Kenya’s business circles with interests that ranged from manufacturing to retail trade.

The late Gachui was among the original 29 investors that founded TransCentury, then quaintly termed as an investment club.

Mr Gachui bought into the company, served as its board chairman for years, injecting into it “maturity”.

“He played a key role in guiding a young team toward institutionalisation of the business,” says Mr Macharia.

Today, a portrait of Mr Gachui greets all visitors walking into the third-floor boardroom at Seven Seas.

Another major investor in Seven Seas is the Abraaj Group, with 21 per cent stake. Mr Gachui’s estate still holds a stake in the company.

Seven Seas ventured where many others dared not.  It spread to Nigeria, a market that was and remains daunting for many East African firms. It even has a foothold in Europe through a Portuguese subsidiary.

Seven Seas has a presence in five countries and employs about 100 people. Mr Macharia has been passionate about nurturing this talent base.

At one time, he went to the Jomo Kenyatta University of Agriculture and Technology (JKUAT) to woo third- and fourth-year students to his company. Later, Seven Seas set up housing for these newly graduated employees.

This way, they could spend more time at the office rather than at the bus stop or in traffic. In the decades since its founding, Seven Seas has evolved beyond those first initial contracts in security and aviation.

Recently, the company has turned its gaze to the health sector which now accounts for 60 per cent of its revenues.

It is a good time to be looking at health. With an expanding middle-class that is simultaneously plagued by a growing number of lifestyle diseases as well as communicable illnesses, Deloitte predicts that Africa will have one of the fastest global growths in healthcare spending over the next three years.

The funds from Toyota Tsusho will be used over the next five years to expand these health sector interests. Toyota Tsusho was partly drawn to Seven Seas by the work the company is already doing in health.

Over the past year, Seven Seas has been working with American multinational General Electric on a project to lease medical equipment to 98 hospitals across the country.

On Tuesday, Mr Macharia said that they had just finished outfitting the last of the hospitals and he is already looking forward to bigger health projects in the future.

“In the next four or five years, I see Kenya becoming a medical tourism destination for the region and we want to be at the centre of that,” says Mr Macharia.

While GE was providing the equipment, Seven Seas was tasked with doing the ground work— setting up the machines, training the employees and providing continuous support for their use.

Seven Seas wants to become the middle-man between local hospitals and international multinationals, clearing the route for the supply and maintenance of medical equipment and pharmaceutical products.

The company is currently working with 30 hospitals. For half of these, Seven Seas is working with a financial model traditional to the medical sector where equipment is provided for free but customers pay for the chemicals and other materials on a monthly or yearly basis.

The company has a contract with American-based Abbot Laboratories to supply equipment locally.

However, by and large Seven Seas has thrown in its odds with the government. It is public-private partnerships that are going to drive health spending, Mr Macharia says.

The GE project that Seven Seas participated in was estimated to earn the American company at least Sh5 billion annually over a period of seven years.

In addition to supplying equipment, Seven Seas has an eye on helping the government to set up the kind of systems that would increase efficiency in the sector through better referral systems.

Mr Macharia says that the system ought to improve primary healthcare and to ease the pressure on Kenya’s healthcare system.

These close ties with the government have not been without controversy. There were allegations in the blogosphere and on social media that his success in clinching government contracts, particularly in the health sector, stemmed from a supposed familial relationship with former Health Cabinet Secretary James Macharia.

“They’ve said I am his brother. I am not… we have no connection with Macharia,” he says before inviting this journalist to engage in an investigation of his family connections.

And family is important to Mr Macharia. As we conclude our interview, a boy emerges on the other side of the boardroom’s glass door.
“My son,” he says, “I usually pick him up from school every day.”

Since 2013, the company has teased the market with plans to list on the Nairobi Securities Exchange (NSE). This plan, at one point slated for 2017, has now been pushed to 2020 as Seven Seas tries to gain a stronger foothold in its home market and to diversify its revenue streams.

Currently, 80 per cent of the company’s revenue comes from Kenya and 15 per cent from the Ethiopian business. Seven Seas wants to spread this out more evenly so that Kenya only contributes about 50 per cent of the business before listing.

When asked what his key disappointments with the company’s progress so far is, Mr Macharia cites this delayed listing.

“This is not where I thought we would be. I would have expected us to have been on the NSE by now,” he says.