The simple things that matter most to women 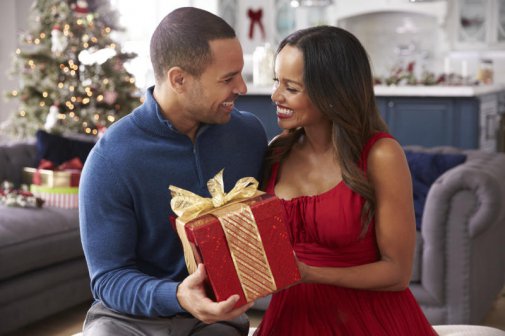 The simple things that matter most to women

The 81 passengers aboard Egypt Air flight MS181 got quite a scare when the Airbus 320 en-route from Alexandria to Cairo when Seif who was armed with a fake suicide belt demanded that the plane be diverted to the island of Cyprus, where his ex-wife and mother of his four children lived.

It was there that he planned to make things right, by delivering a letter that he wrote to her in person in an extreme attempt to try and patch things up with her. Thankfully, the situation was resolved without anyone being harmed.

Despite the fact that he had internationally embarrassed her and their children, I am sure in Seif’s mind he probably imagined that his ridiculous stunt would prove to his wife how much he loved her. This, he hoped would get his wife to forgive him for whatever transgressions he had committed, leading to their separation.

I must admit that the tale is priceless, even funny. But my point in retelling this anecdote is to highlight the problem with men today. They go out of their way to pull big, and sometimes silly, stunts that backfire. Just so you may know, that idiot who hijacked a plane is now in jail.

Thing is men do not understand what the modern woman needs and wants from them. They seem clueless about the little things that truly matter to most women.

For those men who think women are this complicated creature that need this crazy over the top gestures that make no sense, please have a seat and listen.

Women are not from Venus or that strange place men like to imagine. A modern Kenyan woman’s needs are quite simple, nothing complicated or mind boggling or even rocket science.

Firstly, be responsible by, for instance, developing a habit of paying the bills without being forced or reminded over and over. It takes a shouting match to get some men to pay bills! Yeah, do it without expecting the church choir to sing a hymn in your honour for doing it and other basics that are expected of you.

Secondly, do not cheat. That really hurts us women, and we hate it. Thirdly, create some time for your family. Come home early and spend time with the family. The way some men avoid their homes at all costs, you would think they are married to an ogre with three heads.

Fourthly, in bed, have some basic etiquette and maintain hygiene. No accessing the cookie jar using dirty hands, please. And don’t rough her up during intimacy or yell instructions. I mean, don’t act like you were raised by wolves or in some forsaken island where manners were extinct.

Oral hygiene is very important. Don’t expect pecks and kisses when your mouth smells as though rotten rats have been dumped there. Be clean, tidy and smell nice. Also try to be a considerate lover and remember women, too, have needs and try satisfy those first before thinking of yourself.

Fifthly, always make her feel special by, for instance, remembering birthdays and anniversaries. Make a habit of taking her out for dates, at least once in a week. Further, tell her often that she is beautiful, even when she has a promotional t-shirt on that looks like it has seen better days. Don’t criticize the stocking on her head because she is too busy taking care of the family to take care of herself.

Lastly, help with domestic duties. Help with the dishes, cook supper on some days, and sometimes be the one to serve your wife food. Sometimes help her with ironing her clothes.

These are very simple things. So don’t be a fool who goes to hijack a plane in the name of love, when you cannot do simple things that matter.

The simple things that matter most to women Reviewed by samrack on December 1, 2016 .

Photo:Courtesy The simple things that matter most to women By Ann Muiruri On March 29, 2016, a man called Seif Eldin Mustafa, 58, came up with the stupid idea to hijack a plane in the name of love. The 81 passengers aboard Egypt Air flight MS181 got quite a scare when the Airbus 320 en-route