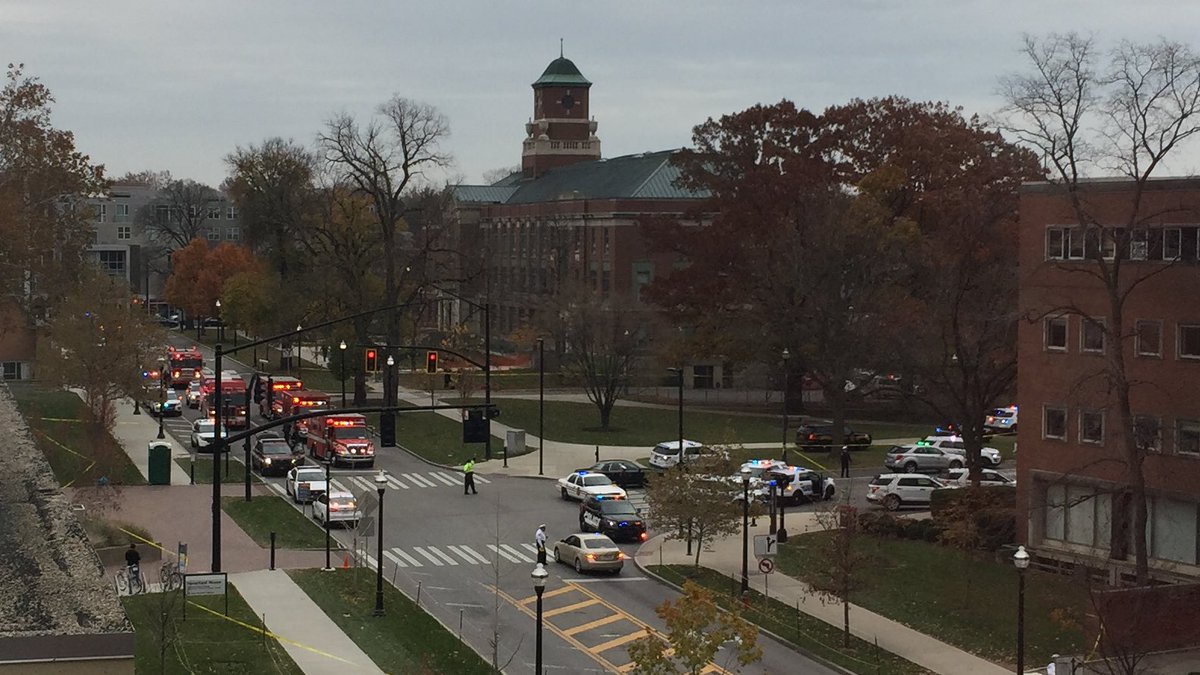 The car-and-knife attack at Ohio State University by an immigrant student places a fresh spotlight on the large Somali community in the US, which has seen a number of youth enlist in jihadist causes.

Investigations are ongoing into Monday’s attack, in which Somali student Abdul Razak Ali Artan was shot and killed by police after driving into a crowd and then slashing several people with a knife.

But a Facebook post Artan apparently made ahead of the attack, as reported by US media, delivered a long threat against “infidels” and urged Muslims to listen to the words of US-born Al-Qaeda cleric Anwar al-Awlaki, who inspired numerous conversions to the jihadist cause.

On Tuesday, a jihadist-linked news agency called him a “soldier” of the Islamic State group.

And just two weeks ago, nine young Somali men were sentenced to lengthy prison terms following their arrest in 2014 in Minneapolis for planning to travel to Syria to join the IS group.

A handful of others are said to have succeeded in joining the Islamic state, and, in 2007-2009, some 20 Somali Americans returned to their country and enlisted in the jihadist Al-Shabab group.

And in 2013 four Somalis in San Diego were convicted of raising money for Al-Shabab, which the US has designated a terror group.

But experts say the number of incidents remain small, given the size of the US Somali population, and that those involved were largely “self-radicalized” rather than organized by Islamic State or other groups.

There are well over 100,000 Somali Americans, including immigrants and their American-born children.

The largest communities are in Minneapolis; Columbus, Ohio; Lewiston, Maine; and Atlanta, Georgia. Most arrived over the past two decades as civil war swept their country.

“I would hesitate to broad-brush the community. You’re talking about such a small number of individuals,” said Hughes, who spent three and a half years working on Somali community issues at the government’s National Counterterrorism Center.

The government launched a pioneering outreach program to the huge Minneapolis Muslim community in 2014, aiming to both woo cooperation from the community and help deter people from joining radical Islamist groups.

Hughes said the city’s Muslims remain distrustful, but that the cases of radicalization that have surfaced have encouraged more cooperation, especially from families whose children left for Syria and Somalia.

“I think it’s too early to tell” if the program is working, he said.

But the cases have made the Somali community very sensitive to criticism and concerned over possible backlash.

Speaking at a press conference Monday on Artan’s attack, Roula Allouch, the national board chair of the Council on American-Islamic Relations, expressed worry over attacks against Muslims.

“We do know of his Somali heritage and that will be enough for some people to falsely link this tragic incident to the faith of Islam and to the Somali and Muslim communities,” she said.

In Maine in August, he linked local crime to Somali newcomers in the northeast state.

And just two days before the election, he tied the Minneapolis population to the IS group.

“Here in Minnesota, you’ve seen first-hand the problems caused with faulty refugee-vetting, with very large numbers of Somali refugees coming into your state without your knowledge, your support or approval, and with some of them then joining ISIS and spreading their extremist views over all our country and all over the world,” Trump said.

But Horsed Noah, head of the Somali Islamic Centres of Ohio, said that his community did not support attacks such as Artan’s.

“It does not represent the beautiful culture and values of the Somali community,” he said.

Courtesy Photo Credit:Phoebe Poticker Ohio State University attack puts focus on Somali Americans WASHINGTON The car-and-knife attack at Ohio State University by an immigrant student places a fresh spotlight on the large Somali community in the US, which has seen a number of youth enlist in jihadist causes. Investigations are ongoing into Monday’s attack, in