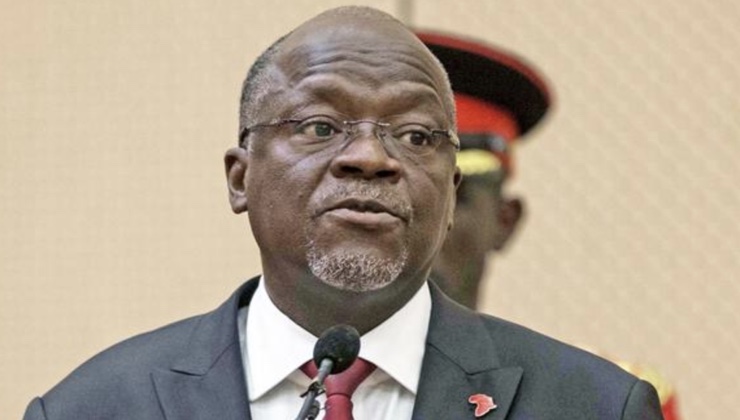 The Head of State’s death was announced by Tanzania’s Vice President Samia Suluhu.

She announced the death of John Pombe Magufuli

THIS STORY IS BREAKING, PLEASE CHECK BACK FOR UPDATES
Tanzania President John Pombe Magufuli is dead.

In a televised address on Thursday night, Tanzania vice-president Samia Suluhu Hassan said that Magufuli had died of heart complications.

Hassan said that Magufuli was hospitalised on March 6 at the Jakaya Kikwete Cardiac Institute.

‘Tanzania’s President Magufuli is dead’ Reviewed by samrack on March 17, 2021 .