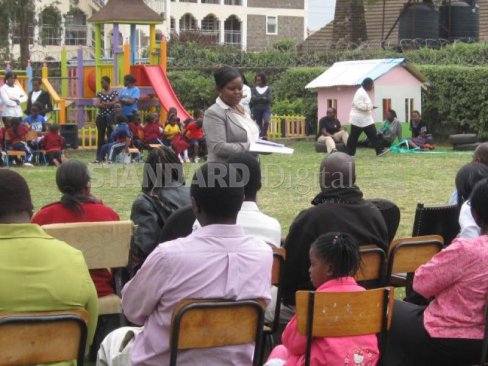 NAIROBI: When a ten-year-old pupil at DEB Karatina Primary School in Nyeri County, committed suicide recently by hanging himself over homework, the populace reeled in shock with one question on their minds; what prompted a minor to commit the unthinkable?

It is alleged the boy quarrelled with his mother over homework before he excused himself, went and picked a rope from their house and hanged himself on an avocado tree planted outside their home. Prior to the tragic incident, it is reported that the Standard Five pupil had informed his classmates that he would hang himself and that he would be found dead one day. A similar case was witnessed in TransMara last year when a 12-year-old committed suicide after differing with his parents who had insisted he goes back to school against his wish. The parents reportedly said their son was hesitant to go back to school after he was told to repeat the same class (Standard One). His parents had moved him to a new school since he performed poorly at his previous one.

His mother was quoted saying the boy had repeated Standard One for three consecutive years and might have felt embarrassed for repeating. She said the boy had said he did not want to continue learning. He left their house in the afternoon but did not return until his parents received the sad news that he had killed himself. Suicide appears to be an emerging trend in Kenya where young people take their lives leaving their families in a state of devastation. A study on suicidal behaviour conducted in 2013 by the department of psychiatry at the University of Nairobi, together with the Africa Mental Health Foundation, Kenya, cites suicidal behaviour as a worldwide problem and an increasing source of concern. “Disconnectedness between a child and a parent leads to confusion, conflict and frustration in a growing child, and is a precursor for a youth/child to develop psychopathology and suicidal behaviour,” the study says. The research further states that the youth resort to suicidal behaviour as a means to externalise their problems, which is a reflection of increased risk associated with disorders such as depression and anxiety disorders. “The results also indicate that the presence of multiple disorders is associated with an increased risk for suicidal behaviour. This indicates that the increasing presence of psychiatric disorders increases the number of psychiatric symptoms and odds of suicidal behaviour,” says the study.
Read more at: http://www.standardmedia.co.ke/lifestyle/article/2000175681/suicide-what-is-ailing-kenya-s-young-people

Suicide: What is ailing Kenya’s young people? Reviewed by samrack on September 10, 2015 .

Dr Catherine Syengo Mutisya, a Consultant Psychiatrist and Deputy Medical Superintendent at Mathari Hospital, Nairobi in a session. PHOTO: BRIGID CHEMWENO Suicide: What is ailing Kenya’s young people?  NAIROBI: When a ten-year-old pupil at DEB Karatina Primary School in Nyeri County, committed suicide recently by hanging himself over homework, the populace reeled in shock with