Staff told to keep off UN compound during Obama weekend

Staff told to keep off UN compound during Obama weekend

NAIROBI, Kenya, Jul 20 – The United Nations has issued a security advisory to its workers ahead of the visit of US President Barack Obama who is expected to jet into the country on Friday.

In the advisory, the organization told its staff who are not taking part in the Global Entrepreneurship Summit (GES) summit to keep off on Saturday and Sunday as access to the UN headquarters will be restricted to only those concerned with organisation of the conference.

In the statement, the United Nations Department for Safety and Security points out that there will be significant traffic disruption, particularly on main routes between Jomo Kenyatta International Airport (JKIA), Wilson Airport, through the central business district of Nairobi and towards the UN Office along Limuru Road , UN Avenue and Gigiri.

“Traffic disruptions are anticipated on 24, 25 and 26 July 2015 along Limuru Road and UN Avenue. As of Friday 24 July, check points will be established on routes to UNON. We request staff to carry their UN Passes (and UN Decals in their vehicles if driving) with them at all times and comply with security requests.”

The UN further anticipates disruptions in air travel by stating that JKIA and Wilson Airport operations may be suspended for a limited time, approximately an hour and urged its members to limit their movements in Nairobi from Friday until Sunday.

“Please bear in mind that getting caught in traffic increases the risk of opportunistic robberies; this type of crime is particularly common, although not restricted to Mombasa and Uhuru Highways, Museum Hill, Globe, Parklands and parts of Thika Road,” the advisory said.

It called on them to be wary of rumours which are likely to be widely circulated on various social networks before and during the conference. 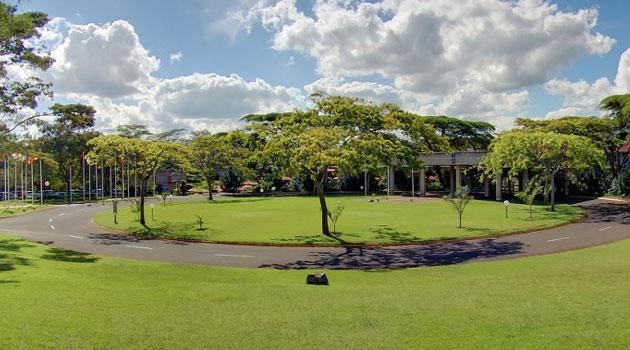 “Please note that UNDSS will update you – SMS, emails – in case of verified information of operational value. Please refrain from further circulating rumours consider contacting UNDSS and/or your agency security officer if you have any question. We also recommend that you refrain posting any operational detail on the conference and/or VIP movements on social media.”

He said the conference is proof that Kenya is a fitting host for this year’s Global Entrepreneurship Summit, as the country epitomizes the transformational power of entrepreneurial possibility, according to President Kenyatta.