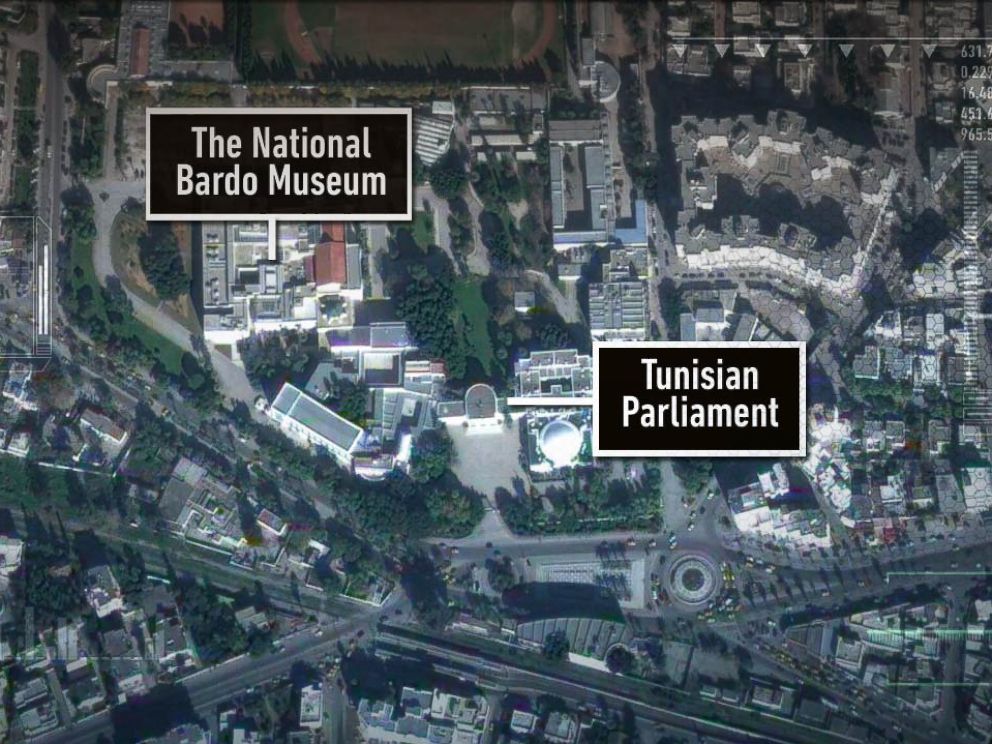 TUNIS, Tunisia (AP) — Gunmen opened fire Wednesday at a major museum in Tunisia’s capital, killing at least 20 people, mostly foreigners, in one of the worst terrorist attacks in this struggling North African democracy that depends heavily on tourism.

Men with assault rifles fired at tourists climbing from buses in front of the National Bardo Museum in central Tunis near the country’s parliament, sending dozens sprinting for safety. Two gunmen were killed, but Prime Minister Habib Essid said a manhunt was on for at two or three others.The identity of the attackers wasn’t clear.READ MORE