Literary icon Grace Ogot passes on after an illness 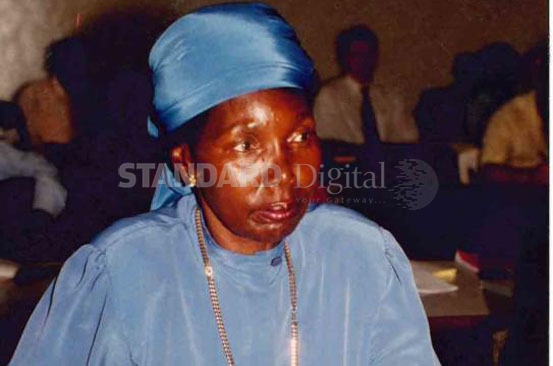 She was elected MP for Gem in 1985 after a two-year stint as nominated Kanu MP to succeed the late Horace Ongili Owiti who had been assassinated, becoming the second elected woman MP in Kenya after Mrs Grace Onyango, also married in Gem.

The multiparty wave of 1992 swept her away when she lost to lawyer Dr Oki Ooko Ombaka of Ford-K. “Nyar Asembo”, as she was popularly known, was born in the then Asembo location in what is today Rarieda Sub-County of Siaya County in 1930. She went to Ng’iya Girls’ High School where her father Joseph Nyanduga was a teacher and Butere Girls’ High School, after which she trained as a nurse and worked at various health institutions both locally and overseas. See also: Court declines to declare RBA boss unfit to hold public office Grace married celebrated historian Prof Bethuel Allan Ogot in 1959. The couple had four children.

But it was in the literary world where Ogot’s star shone brightest. Her anthology, The Promised Land, was published in 1966 and followed in the wake of a collection of short stories titled The Rain Came.
Read more at: http://standardmedia.co.ke/article/2000155242/literary-icon-grace-ogot-passes-on-after-an-illness

Literary icon Grace Ogot passes on after an illness Reviewed by samrack on March 18, 2015 .