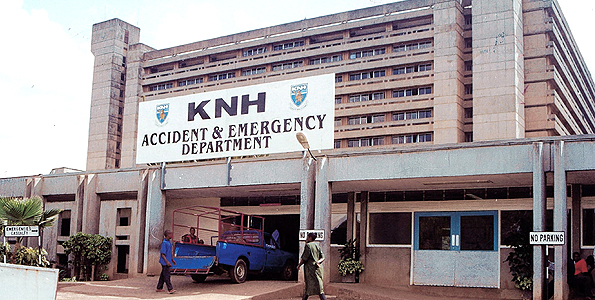 Lives of hundreds of cancer patients are at risk following the suspension of radiotherapy treatment at the Kenyatta National Hospital on Monday.

KNH, the only public treatment facility in the country for one of the country’s leading killers, had only two overworked radiotherapy machines, which have since broken down and will not be in use until the end of the month.

The hospital has been turning away patients though the Health ministry said it had negotiated a discount at the Nairobi Hospital for those who had already started treatment. The Nairobi Hospital said it would treat them for free, but it is not clear how many it can fit into its schedule.

Those who have not started treatment will have to wait.

Kenya’s Daily Nation newspaper has been campaigning for more cancer equipment to be bought and the ministry on Wednesday said a third machine would soon be installed. But it will not be available to patients until the end of May.

Management of cancer is a national scandal. KNH and cancer awareness organisations estimate that about 40,000 new cancer cases are diagnosed every year, with 27,000 deaths, possibly due to inadequate treatment. Official statistics are lower.

Kenya has four radiation centres for the treatment of cancer, all of them in Nairobi and all but one in private hospitals.

KNH is the only cancer treatment facility in the public health system and charges Sh500 per session. The others at MP Shah, Aga Khan and Nairobi hospitals charge an average of Sh10,000 per session and are way out of the reach of ordinary people.

More than 1,000 people are on the waiting list at Kenyatta, with appointments taken until 2017.

A cancer patient, who asked not to be named because he is a KNH employee, said that the two machines broke down because they are overused.

According to him, more than 100 Kenyans visit the hospital every day for radiotherapy, but the equipment is designed to handle between eight and 10 patients a day.

“Cancer is not a priority in this country,” he said.

Yet cancer is the third leading killer disease after malaria and pneumonia, according to the 2014 Economic Survey.

The government’s approach to cancer is disjointed, its statistics on the disease are outdated and the public medical insurance cover excludes cancer treatment.

The National Health Insurance Fund classifies radiotherapy as an outpatient treatment and does not pay for it.

It is no wonder that whereas deaths caused by malaria have been declining steadily since 2010, those attributed to cancer have been increasing fast.

Deaths from Aids and tuberculosis have also been on the decline over the same period.

Assuming that organisations such as the National Cancer Network are right and there are about 27,000 cancer deaths a year, even the belief that malaria is the biggest killer could be wrong.

None of these regions have radiotherapy machines. Significantly, it was also the second leading cause of death in Nairobi, Eastern and North Eastern regions after tuberculosis.

Although there have been effective campaigns to educate the public about how to seek treatment for diseases such as malaria and tuberculosis, both by the government and NGOs, public campaigns on cancer have been less successful.

Lives of hundreds of cancer patients are at risk following the suspension of radiotherapy treatment at the Kenyatta National Hospital on Monday. KNH, the only public treatment facility in the country for one of the country’s leading killers, had only two overworked radiotherapy machines, which have since broken down and will not be in use