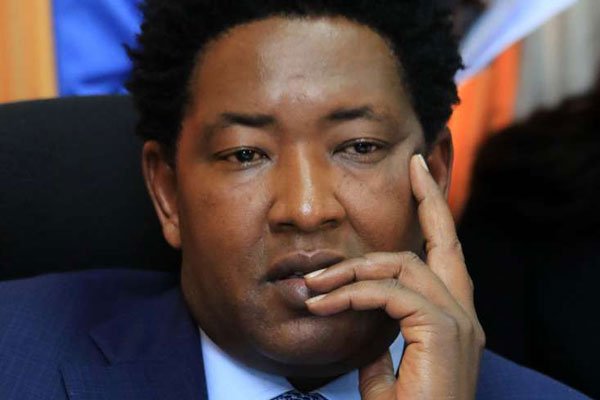 Narok Senator Ledama ole Kina has been summoned to appear in court next month to answer charges of ethnic contempt.

State prosecutor James Gachoka presented the application to direct the senator to appear in court to answer charges of ethnic contempt.

“Due to the challenges caused by the Covid-19 pandemic, investigators have not been able to effect summons to outspoken politician opposed to grabbing of Mau Forest land to attend court today (Tuesday),” Mr Gachoka informed the court.

He applied for 15 days to enable officers to reach out to Ole Kina and give him the summon.

Ole Kina is accused of ethnic contempt contrary to section to section 62 (1) of the National Cohesion and Integration (NCIC) Act number 12 of 2008.

The senator allegedly committed the offence on February 19, 2020 during a television interview when he uttered the offending statements.

The charge further states the alleged utterances were intended to incite feelings of discrimination against other communities living in Narok County.

Mr Cheruiyot allowed the plea by the the State and ordered Me ole Kina to appear in court on June 2 to plead to the charge.

Meanwhile, the magistrate granted the DPP’s office two days to respond to an application by former Sports Cabinet Secretary Rashid Echesa, who is facing charges over the Sh39billion arms deal, to have his gun and motor vehicle returned to him.

State prosecutor Jacinta Nyamosi applied for the court’s indulgence to enable her liaise with the investigating officer as to the status of the gun and the vehicle confiscated by police during the arrest of the former CS.

Echesa is also asking the court to order his bank accounts be re-opened.

Further Cheruiyot allowed Echesa to substitute the Sh1 million cash he deposited in court with a surety.

In the same court a city trader Dillion Kibet denied a charge of defrauding a businessman Sounthorn Chanthavong , a director of  Simuog Group Company, $3 million (Sh300 million) alleging he had genuine gold to sell to him.

He allegedly committed the offence on diverse dates between February 8 and 25 in 2019 in Kileleshwa, Nairobi.

He claimed he had a company known as Nirone Safe Keeping Limited thereby pretending he was carrying out genuine gold business.

He denied the charges and was released on a cash bail of Sh1.5 million until May 29 when the case will be mentioned for further directions..

Senator ole Kina to face ethnic contempt charges Reviewed by samrack on May 19, 2020 .