Kenyans will from Sunday, July 1st be forced to dig deeper into their pockets as the new increased charges for mobile cash transfer service take effect.

In his budget statement, Treasury Cabinet Secretary Henry Rotich said customers would be charged 12 per cent up from 10 percent of every cost of cash transfer on the mobile platform. 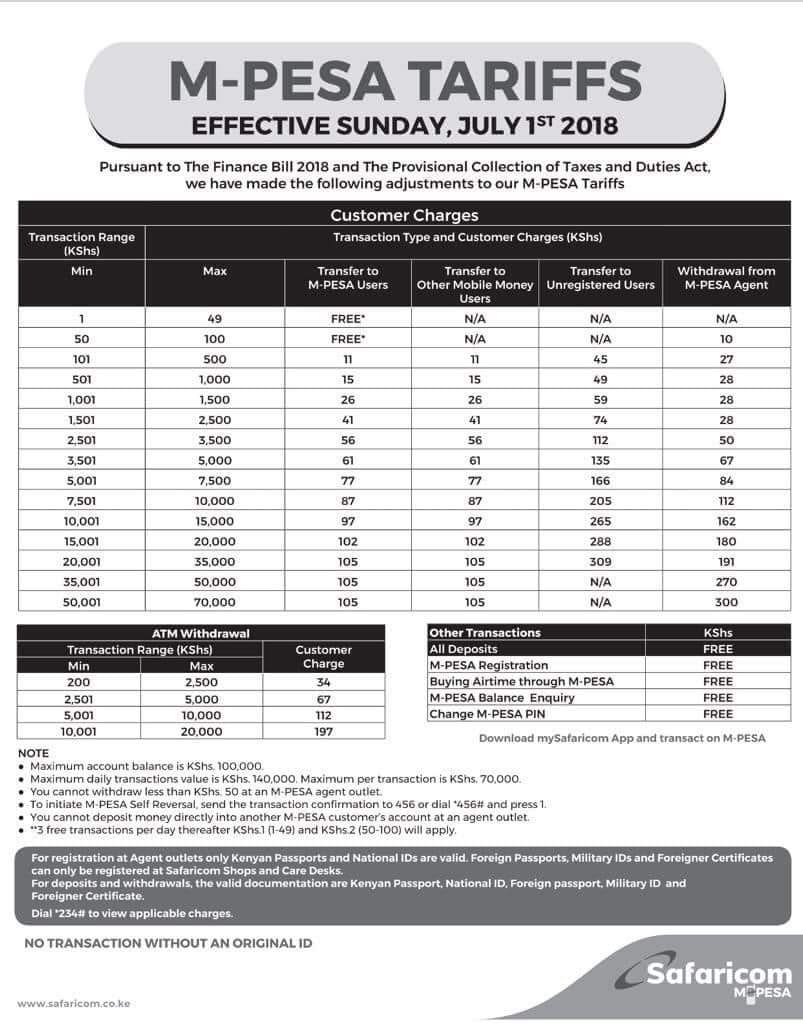 “The amount collected through the increased taxation on mobile money transfer transactions will be directed to fund the universal health cover program which is among the government’s four priorities,” Rotich said.

Safaricom’s mobile cash transfer platform Mpesa has announced new charges, with only transfers of between Sh1-100 to other MPesa users remaining free as has been in the past.

Majority of the country’s total subscribers on mobile money avenues are on Safaricom, which makes a total of at least 30 million.

Last month, Safaricom announced Sh55.3 billion profit up from Sh48.4 billion in the previous year, further indicating its dominance in the market over other telcos.