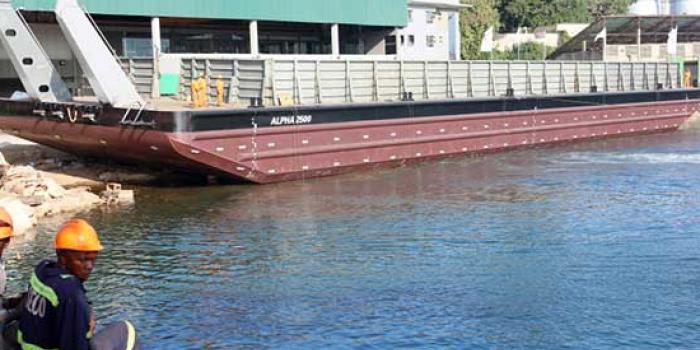 PHOTOS: Kenya’s First Locally-Built Ship Unveiled After many years of relying on foreign-built ships, Kenyans have a new reason to smile after a Mombasa-based ship builder unveiled a cargo vessel built locally. The barge christened, Alpha 2500, was built from scratch by Southern Engineering Company (SECO) and will be used in the transportation of heavy equipment and marine