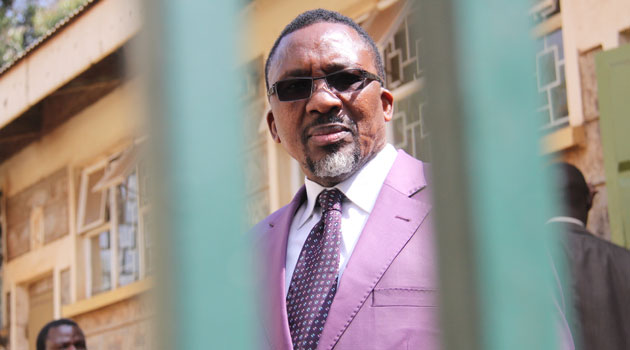 Matiangi says they are not satisfied with Court order because the evidence implicating the pastor was overwhelming, and has requested for the investigative file and trial proceedings.

“The Ministry notes with surprise the acquittal handed down in the above case where we believe a brazen crime was committed by the accused person,” reads a letter written by the CS and copied to DPP Noordin Haji and IG Joseph Boinnet.

“While seeking a report on the investigatory and trial processes that may have caused this outcome, I urge you to appeal this judgment in its entirety and pursue justice for the victims herein and the people of Kenya.”

Limuru Chief Magistrate Oduor ruled that the prosecution did not produce sufficient evidence to sustain a conviction.

The pastor was accused of driving his Range Rover dangerously in 2015, leading to the death of a woman on the Limuru-Naivasha Highway, charges he denied.

Matiangi has directed the Director of Criminal Investigations to carry out a fresh probe, “with a view to guide the Judicial Service Commission, the Inspector General, the Director of Public Prosecution and I on suitable corrective and deterrent action to take against persons found culpable for improper handling of this case.”

Pastor Ng’anga’s acquittal has led to a public outcry with the accusing finger pointing to detectives who investigated the 2015 incident.

Four witnesses made their submissions in court but were dismissed for being inconsistent.

Pastor Ng’ang’a not off the hook as appeal sought in accident case Reviewed by samrack on May 8, 2018 .