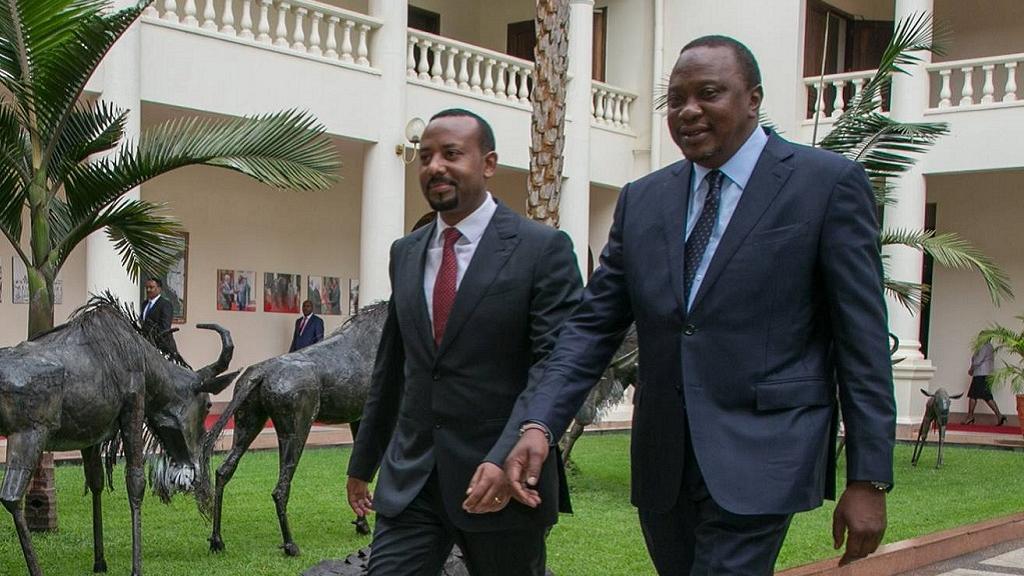 Ethiopian Prime Minister Abiy Ahmed on Monday concluded a two-day state visit to Kenya during which he held talks with his counterpart Uhuru Kenyatta at State House in Nairobi.

At the heart of deliberations was bilateral and historical agreements between the two nations. Issues of prime importance included security, trade, tourism and economic cooperation.

Somewhere in the deliberations was the issue of regional security as affects Somalia and South Sudan. A communique issued by the Kenyan presidency stated plans by both governments to secure peace in South Sudan and to combat the threat of Al-Shabaab in Somalia.

On South Sudan, the communique read: “The two leaders expressed their deep disappointment at the slow pace of progress in ongoing efforts to restore peace in South Sudan. In pledging their full commitment to the IGAD’s mediation efforts they urged the leaders of South Sudan to place the interests of their people above their own in order to give peace a chance.

It continued with Somalia where it noted the continued potency of Al-Shabaab and the lack of support for the African Union Mission (AMISOM). “Both leaders noted that Al Shabaab continues to pose significant threat to Somalia and the region. In this regard, they expressed concern at the continued lukewarm international support for Somalia, in particular the inadequate and unpredictable funding for AMISOM, which poses a threat to gains made thus far.

“In this regard, the two leaders committed to continue lobbying for adequate and sustainable support to AMISOM, including provision of force multipliers for the mission in Somalia, as well as training for the Somalia security forces. The leaders expressed deep concern at the effects of external interests that are aimed at further destabilizing Somalia,” it added.

Kenya and Ethiopia, despite their own security headaches, are seen as ‘big boys’ in a turbulent Horn of Africa region. Kenya suffers a spillover of Al Shabaab attacks with the latest claiming the lives of nine soldiers.

Ethiopia on the other hand, only gained a semblance of internal peace after over two years of anti-governments protests riled the country. Addis Ababa has routinely claimed that neighbouring Eritrea was backing anti-peace elements, claims Asmara has rubbished repeatedly.

Ethiopia, Kenya leaders vow to pursue peace in Somalia, South Sudan Reviewed by samrack on May 8, 2018 .

Ethiopia, Kenya leaders vow to pursue peace in Somalia, South Sudan Ethiopian Prime Minister Abiy Ahmed on Monday concluded a two-day state visit to Kenya during which he held talks with his counterpart Uhuru Kenyatta at State House in Nairobi. At the heart of deliberations was bilateral and historical agreements between the two nations. Issues