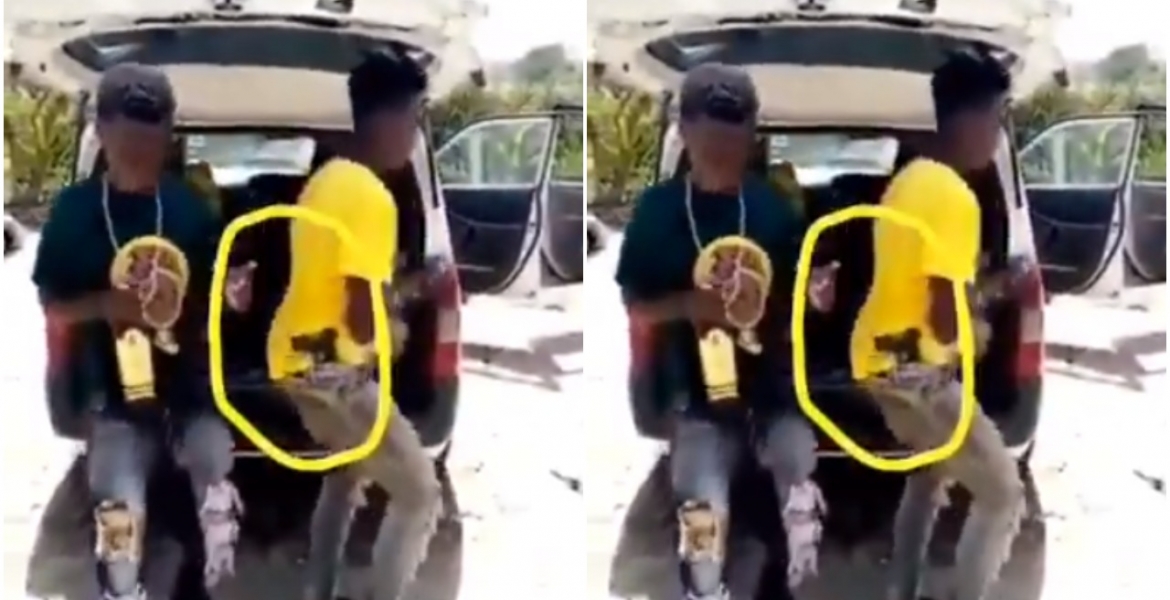 In the video, the two are seen dancing to some reggae tunes playing on a parked vehicle with one of them flaunting a pistol tucked into his waistband while the other is holding a bottle of booze.

‘Hessy’ shared the video of the two unidentified youths on his popular Facebook page and asked “ will the reggae be stopped or not.”

“I can see you boys are enjoying reggae music…the one in a yellow T shirt. My inbox is open as usual…will the reggae be stopped or not?” the post read.

‘Hessy’, whose identity remains a mystery, uses Facebook to issue death warnings to suspected criminals and has taken credit for the shooting of several suspected gangsters in Nairobi’s Eastlands area.

He even posts the criminals’ bloody photos on his social media pages once they are gunned down.

In 2018, former Inspector-General of Police Joseph Boinnet disowned ‘Hessy Wa Dandora’ saying he is not a cop. Boinnet described him as a chap who has an interest in security matters.

“I have heard of such a guy on social media. He is an excitable chap, who seems to have a lot of interest in security issues. He is not one of us,” said Boinett in an interview.

Share thisFacebookTwitterPinterestEmailWhatsAppNairobi’s Faceless Crime Buster ‘Hessy waDandora’ Sends Warning to Teens SeenBrandishing Gun Nairobi’s faceless crime buster ‘Hessy wa Dandora’ has sent a warning to two young Kenyan men filmed brandishing a gun while dancing. In the video, the two are seen dancing to some reggae tunes playing on a parked vehicle with one of