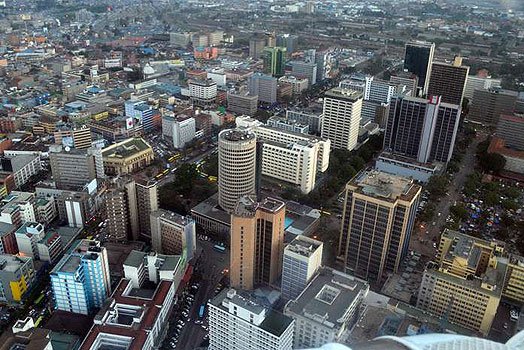 Nairobi has been ranked among the most successful cities in the world for its innovation, liveability and capacity to reinvent itself.

Nairobi was ranked 11 among the top 20 cities that  included London, Shanghai, Boston, Seoul among other global cities.

This was according to a report by the City Momentum Index (CMI) complied by a professional services and investment management company Jones Lang LaSalle.

Nairobi was the only African country ranked in the top 20 cities, beating other major cities in the continent like Johannesburg, Capetown, Lagos, Cairo and Accra.

The top scoring cities offer an environment that “nurtures talent and an innovation-orientated economy”, according to the report.

The CMI tracks the speed of change in a city’s economic base and its commercial real estate market.

The report aims to provide information to help developers choose which cities will see growth and success in the future.

Governor Evans Kidero took to his Facebook page and said; “I am proud of Nairobi’s continuing position as one of the continent’s major urban hubs. The city is now in its 53rd year as the capital of an Independent Kenya.”

“The ‘Green City in the Sun’ has proved a magnet for international companies and organisations. From global banks to the United Nations, our city is chosen by the world for a reason – the culture, lifestyle and location is unmatched anywhere in East Africa,” added Dr Kidero.

NAIROBI NAMED TOP CITY TO LIVE IN AFRICA Reviewed by samrack on January 24, 2016 .

NAIROBI NAMED TOP CITY TO LIVE IN AFRICA An aerial view of Nairobi city centre. PHOTO | FILEBy HILARY KIMUYU Nairobi has been ranked among the most successful cities in the world for its innovation, liveability and capacity to reinvent itself. Nairobi was ranked 11 among the top 20 cities that  included London, Shanghai, Boston,