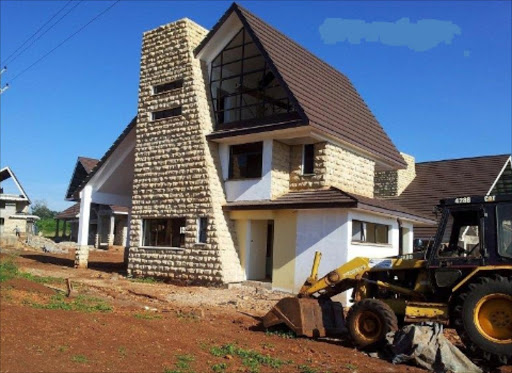 The area records high rental yields of 7.7 per cent compared to market averages of 6.7 per cent:FINANCING: A stand-alone house under construction at Migaa Golf Estate. Photo/FILE

This is attributed to relatively high demand as the neighbourhoods host affluent residents with high consumer purchasing power, ability to charge a premium on rates on the high quality retail spaces, relative good infrastructure thus ease of access into the areas and relatively high occupancy

According to Cytonn, this resulted from the tough operating environment as the economy grappled with effects of the Coronavirus pandemic.

In the retail sector, performance declined, recording average rental yields of 6.7 per cent, 0.3 percentage points lower than the 7.0 per cent recorded in 2019.

The subdued performance is largely attributed to reduction in rental rates in a bid to attract tenants amid a tough economic environment which saw the rental rates in the sector post a 2.1 per cent decline to Sh115.1 per square feet in 2020.

The retail sector also had reduced occupancy rates which declined by 0.7 percentage points year-on-year from 77.3 per cent in 2019 to 76.6 per cent in 2020 attributable to reduced demand for physical retail space.

Rental yields within the Nairobi Metropolitan Area (NMA) declined by 0.5 percentage points to 7.5 per cent from 8.0 per cent in 2020 attributable to decline in demand for space evidenced by a drop in occupancies.

The subdued performance is also attributed to the current oversupply of retail report spaces by 3.1 million square feet.