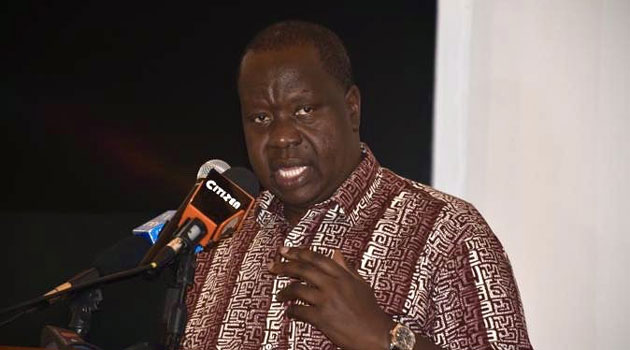 nterior Cabinet Sectary Fred Matiangi Thursday ordered the deportation of four Chinese nationals working at a Kileleshwa restaurant who are facing assault charges in court for caning a Kenyan worker.

The announcement came just as the court granted authorities permission to detain the suspects for 15 more days pending the conclusion of investigations.

The suspects should not be released since they can interfere with investigations,” the court heard.

The four were arrested after a video of one of the supervisors went viral, in which he was seen canning one of the workers for allegedly reporting to work late.

The victim told police that it was not a unique incident saying the rest of staffers faced a similar ordeal.

He said the Kenyan workers were afraid to speak out of the fear of losing their sources of income.

Chinese Ambassador to Kenya Wu Peng has since condemned the actions of the suspect filmed caning the Kenya worker saying all their citizens must abide by the Kenyan laws.

“I have always told my citizens that we are guests in this country, and they must oblige by the Kenyan laws and support them in whatever means, we are the guests,” he said during a meeting with Editors Guild.

It is not clear whether the Director of Public Prosecution will proceed with the case given the deportation order issued by the interior ministry.