Maize scandal: Haji goes for Lesiyampe EACC arrests the Agriculture PS, hunt on for 15 others. 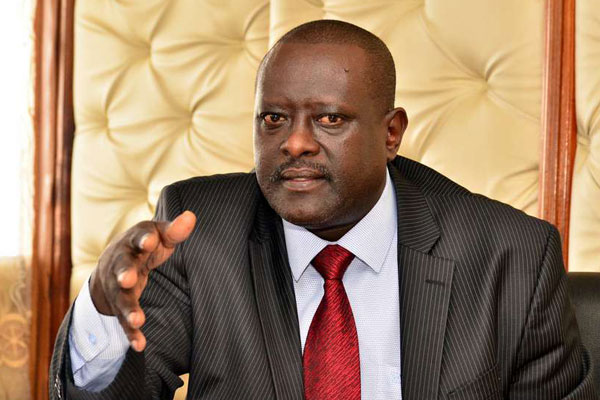 Maize scandal: Haji goes for Lesiyampe EACC arrests the Agriculture PS, hunt on for 15 others

The chickens have come home to roost for government and cereals board officials implicated in the multi-billion-shilling scandal that rocked the purchase of maize from Kenyan farmers.

Director of Public Prosecutions Noordin Haji on Thursday directed the arrest and prosecution of Agriculture Principal Secretary Richard Lesiyampe and six others over the irregular purchase.

Two hours after the order, detectives from the Ethics and Anti-Corruption Commission (EACC) pounced on Dr Lesiyampe and NCPB Finance General Manager Cornel Kiprotich in Nairobi.

The two suspects are set to be charged at the Anti-Corruption Court in the Kenyan capital.

In a tweet, EACC said it was hunting for 15 others officials implicated in the scandal that hit maize farmers hard.

Dr Lesiyampe is in trouble for irregularly authorising the National Cereals and Produce Board (NCPB), the custodian of the country’s strategic grain reserve, to buy maize using an unauthorised budget.

NCPB bought the maize on behalf of the Strategic Food Reserve Oversight Board (SFROB) for two years from October 16, 2016.

“Upon investigations, it was established that NCPB spent Sh11,365,879,918 thereby exceeding the Sh6 billion budgeted for,” Mr Haji said.

“The STROB had budgeted to purchase 2 million bags of maize for financial year 2017/18 at Sh6 billion. This expenditure was not budgeted for contrary to the law.”

This expenditure, Mr Haji said, failed to ensure that the purchase of maize was done in accordance with the law.

The suspects will be charged with willful failure to comply with law relating to management of public property, unauthorised spending of public funds, conspiracy to defraud, abuse of office and neglect of official duty.

They will also be required to respond to charges of fraudulent acquisition of public funds.

“Having reviewed the evidence so far gathered and documentary exhibits in support thereof, I have directed the EACC to immediately ensure that the suspects are arraigned in court,” Mr Haji said.

NCPB is also on the spot over some Sh2 billion paid to traders who supplied it with huge quantities of maize at the expense of farmers.

About 13 traders are said to have colluded with top managers of the board and this saw the billions of shillings paid to them in a month during the 2017-18 season.

In the investigations done by the Directorate of Criminal Investigations and the Ethics and Anti-Corruption Commission, it emerged that eight traders masquerading as farmers were paid a whopping Sh1.9 billion.

Maize scandal: Haji goes for Lesiyampe EACC arrests the Agriculture PS, hunt on for 15 others. Reviewed by samrack on August 30, 2018 .

Agriculture PS Richard Lesiyampe. He has been arrested. PHOTO | FILE | NATION MEDIA GROUP  Maize scandal: Haji goes for Lesiyampe EACC arrests the Agriculture PS, hunt on for 15 others The chickens have come home to roost for government and cereals board officials implicated in the multi-billion-shilling scandal that rocked the purchase of maize from