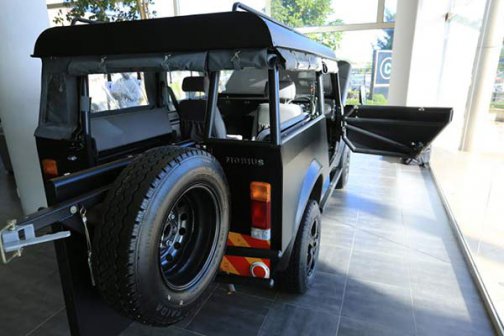 When Joel Jackson opened a shop in Nairobi in 2010 with a promise of making a car in Kenya from scratch, not many people gave him much thought. His idea of a no-frills SUV customised for the Kenyan, and generally African, terrain was welcome, but many had reservations, considering the failures that Kenya has had in building its own brand of vehicles. Four years later, he had a car ready for the market. In October 2014, Mobius II went on sale. It received mixed reviews. Naysayers noted it was not so much a looker and that it lacked even the basic luxuries such as windows and lockable doors and buyers were better off with pre-owned Japanese cars going for the same price. The other side felt it was a moment to cherish for the country’s auto industry since that the rugged car was ideal for Kenya where uneven roads, bumps and rough terrain have wrecked the under sides of the ex-Japanese cars. The first batch of 50 units sold out mid-2016, taking a little longer than initially expected. And drawing from the optimism and taking the criticism as constructive, Mr Jackson has pushed on and his Mobius Motors is planning to roll out an advanced model and more units will be produced over several years. The second generation Mobius II is taking on a new look as it seeks to appeal to a wider market, including urban folks who have a thing for style. Mr Jackson expects to unveil the new model in the market mid next year. The new Mobius II will have a sleeker look – if you like, the firm has added a bit of sexiness to the vehicle – and will target a broader market in addition to its initial clientele of small and medium enterprises and the general rural market. The new car is expected to retail at Sh1.3 million, slightly higher than the first model that goes for Sh1.1 million. The price increase is on the back of improved features. Mobius Motors says while the vehicle will retain its ruggedness, and will also have such features as lockable doors, sealed side windows, power steering and high ground clearance. The first model does not have lockable doors and the windows are made of tarpaulin. “The starting retail price for the entry model will be Sh1.3 million, which will be inclusive of value added tax,” said Jackson, who is the chief executive officer and founder of Mobius Motors. “The new Mobius II is currently in the engineering and test phase, with production scheduled for 2017.” Mobius is the second local attempt to make a car after the Government-backed Nyayo Car flopped due to an apparent lack of funds. The Nyayo Car was to be produced by the Nyayo Motor Corporation, but it collapsed and was replaced with the Numerical Machining Complex that now produces industrial parts. Only five prototypes were produced but there was never mass production.
Read more at: https://www.standardmedia.co.ke

Local assembler to hit Kenyan roads with sleeker model  When Joel Jackson opened a shop in Nairobi in 2010 with a promise of making a car in Kenya from scratch, not many people gave him much thought. His idea of a no-frills SUV customised for the Kenyan, and generally African, terrain was welcome, but many