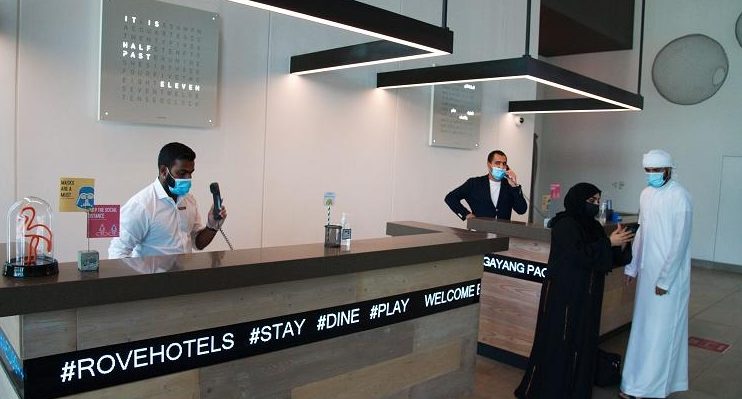 The government was last evening mum as the reality of a visa ban on Kenyan citizens wanting to travel to the United Arab Emirates (UAE) started to sink in.

Several global media outlets announced on Thursday that Kenya was among 13 countries whose citizens will not get visas to travel to the UAE until further notice. The bad news came just hours before national carrier Kenya Airways was to make its maiden direct cargo flight between Mombasa and the UAE. Other countries affected by the ban are Afghanistan, Libya, Yemen, Algeria, Iraq, Lebanon, Pakistan and Tunisia, Iran, Turkey, Syria and Somalia.

Citing a document issued by a UAE owned state business park, Reuters said the ban was effected due to security reasons. It shall only affect those applying for new visas. It is still not clear how many categories of visas will be affected by the suspension. UAE has several visa categories including tourist, student, transit and business.  Nevertheless, the ban which came into effect on November 18 courtesy of an immigration circular did not have specific concerns that Abu Dhabi has on issuing visas to citizens of the affected countries.

In light of an as yet unconfirmed and unexplained alleged ban on foreign visitors by the United Arab Emirates (UAE), reports are coming out of several travel agencies located in countries on the African continent and the Middle East who claim that the issuing of new visas to citizens on their soil has been momentarily stopped.

“It was not clear if there were any exceptions to the ban. The UAE’s Federal Authority for Identity and Citizenship had no immediate comment,” said Reuters. Government spokesman Cyrus Oguna did not respond to our questions on why exactly Kenya was part of a list of countries whose majority had somehow unstable security situations back home.

Quoting an unnamed diplomat, Reuters said that some of the listed states have strained relationships with the UAE.  Pakistan which is the only country in the list that has publicly admitted its citizens have been locked from accessing the UAE, said it had written to Abu Dhabi seeking an explanation. The Pakistan Foreign Ministry however said it suspects that the suspension was related to the coronavirus pandemic.

Almost all countries in the list are currently grappling with the very high Covid 19 infection rates. Yesterday, Kenya recorded 780 new Covid-19 cases from 6,158 samples raising nationwide tally to 80,102. This is as the number of fatalities rose to 1,427 after 10 more patients succumbed to the virus.

Several global media outlets announced on Thursday that Kenya was among 13 countries whose citizens will not get visas to travel to the UAE until further notice. https://t.co/mMz6lBGf04

The news — or speculation, comes amid the ongoing Covid-19 pandemic and the UAE’s normalisation deal with Israel.

According to a document which surfaced this week and was leaked this week from Dubai’s state-owned airport free zone, restrictions against a range of nationalities have been declared and it appears that the supposed ban is confusingly aimed at 11 Muslim majority nations – in addition to Kenya and Lebanon.

No Official Response From UAE Authorities

No reason has been offered and Emirati authorities are yet to acknowledge the suspension of issuing travel visas.

When asked by The Associated Press (AP) about the order, the country’s immigration department said it’s “not aware of any formal list of nationalities requiring visa suspension.” Dubai’s airport free zone confirmed the veracity of the document to the AP and said it was waiting for further clarification from officials.

Meanwhile, across the region, agencies and authorities say their citizens are forbidden from entering the UAE.

The reports have reached social media where network feeds and news outlets worldwide with many foreigners wondering about the news concerning the country where expat workers and visitors outnumber locals nearly nine to one.

In Kenya, locals are speculating over the supposed travel-ban and some people assume that the East African nation has made it onto the list over an incident involving forged certificates of “negative” coronavirus test results that were used in an attempt to travel to the region and resulted in 21 arrests on Thursday.

On a more official level, four travel agencies in Nairobi, the capital city, stated that they were seeking clarification from Emirati authorities after dozens of tourist visas were rejected.

According to one of the aforementioned agencies, Travel Shore Africa, 40 of its clients travelling to for Dubai had been blocked from boarding their flights at the last-minute on Thursday.

All this comes as the UAE welcomes Israeli tourists for the first time in history and right in the middle of the pandemic that sees a surge in confirmed cases across the region. In addition, foreigners looking for work in the federation of seven sheikhdoms increasingly overstay their tourist visas amid a cascade of business shutdowns and lay-offs.

Kenya:Travel Visas to 11 Muslim Majority Nations Allegedly Halted by the UAE Reviewed by samrack on November 30, 2020 .

Share thisFacebookTwitterPinterestEmailWhatsAppKenya:Travel Visas to 11 Muslim Majority Nations Allegedly Halted by the UAE The government was last evening mum as the reality of a visa ban on Kenyan citizens wanting to travel to the United Arab Emirates (UAE) started to sink in. Several global media outlets announced on Thursday that Kenya was among 13 countries