KENYAS PYRAMID SCHEMES AND NEED FOR FINANCIAL ACCOUNTABILITY, WHEN IT’S TIME TO AUDIT THE AUDITORS. 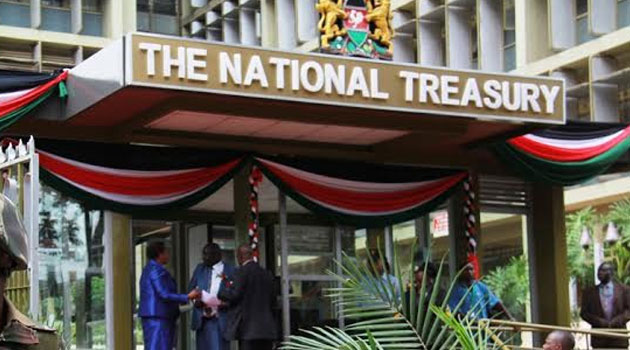 KENYAS PYRAMID SCHEMES AND NEED FOR FINANCIAL ACCOUNTABILITY, WHEN IT’S TIME TO AUDIT THE AUDITORS

A good friend once gave me this advice and I quote ”If you have a very good lawyer, top of the line and knowledgeable in what he does, The best thing you need to do is  find out  who  his nemesis in that industry is and retain him as well. Reason being, if your lawyer ever fails you or lets you down in any way you can use his Nemesis against him  to sue him without worry of a compromise or collaboration between the two against you,  After all you ARE the client.” That is called being smart and protecting your interests. The key most important words I picked from that message were these two simple words “find out”.  In business it translates to do your research expertly, thoroughly and be left with no doubt at all.

When it comes to money matters hardly would you be able to combine the three words together namely expertly, thoroughly and Doubt.  Expertly and thoroughly could be synonymous when it comes to researching a financial and investment deal especially since it’s your hard earned money which you currently have in your possession that you want to give out. Doubt however cannot be fully computed to a point where you can assume you fully understand what is involved in the financial or investment transaction you plan to undertake.

This same concept needs to be applied by stakeholders and investors in any business they put their money in  Because what many investors fail to realize is that as much as they are putting all their hopes on an organization to come through in its promise on investment it on the other hand is working in overdrive to ensure that the people who have been hired to review and advise on  its financial health are on their good books and they will go to any length to ensure that those given the job to dig into their financial matters are going to come up with what the company wants them to present. They do a thorough job and prepare an expert presentation in form of reports that are presented to you via an AGM and all that is expected of you as the shareholders is to have no doubt so questions as to the financial well-being of a company rarely come up and neither do stakeholders take time if ever to review the reports during the AGM even after they have taken it home.

In actual fact because of the expert job done on the reports, the Share and stake holders are misdirected to the less important points during the Q&A session because of the presentation and packaging of the report such that they assume a thorough and completely realistic view of the companies standing has been presented leaving them with no doubt so no challenge regarding finance  is ever forthcoming during that one important session when shareholders should be asking about the financial health of the organization.

A business organization that makes its money though partnership, investor stake holding and share ownership will ensure that the stake holder is comforted about their investment by holding several key informative meetings and sessions during the year depending on whatever product or business unit they are addressing to get the mood and judge the questions that are on their investors’ minds. Once they have that information they use it to create the mother of all Investor meetings popularly called the Annual General meeting (A.G.M) where all documented facts and evidence of the company’s financial well doing and health are presented after they are certified and verified by the Auditors selected  to do that job but how can you be sure that what is presented to you is the actual and right information regarding the financial health of your investment especially since most auditors are appointed by and selected by the same company.

Financial analysts and Auditors are supposed to be above par and fully removed from the companies association and business transaction to a point that they should only come in when invited to review the books which should be presented to them outside the companies jurisdiction so they can make their own judgment without influence however the auditors are human and sometimes can be influenced.

Secondly, As much as they have the documents presented to them they will try to work as best as they can with available content to build the health of the company based on what they have but at times will find it hard to represent actual facts when certain factors are involved like Corporate Social Responsibility or a foundation where money gets transferred from and to a department. within the same organization unless clear and specific documentation on transfers and accountability for that money once its transferred mostly will not be listed per se as an item but will be generalized thus creating a grey area.

Asset purchase is another technical area especially if a company embarks on a major purchasing drive without an independent due diligence team and especially if the assets and properties purchase are always being done by the same team and in bulk e.g Motor  vehicles, Accountants and financial analysts will most often be presented with a bottom line on cost but are not engaged in the due diligence of going through the process of establishing market value and need for that asset and most importantly are rarely involved in the negotiation process between the company and the seller so one cannot truly understand or see the ‘agreements’ (collusion) behind the official agreements presented to the finance team for payments because those agreements like costing top-up on actual value and commission payments whether one sided or both are only understood by the original deal creator which at most times will lead to a lot of money being siphoned out of the company in an indirect transactional way that seems legal because it is all bound in the signed official transactional documents.

Most Financial reports will also always report a profit even when the situation is grave especially if a company starts a new project or ventures into new business within the year that was not previously projected, discussed, voted on  or agreed upon during the Previous AGM and this setup mostly will utilize funds that end up being listed as new venture thus representing a certain amount of money spent which covers for the losses as this project will represent the fact that the company made some money and thus was able to venture into new business on behalf of the investor in the name of growth instead of giving out share dividends.

At an AGM meeting, this is the only time and place that shareholders can ask  those hard financial questions that need to be asked and auditors need to be tasked with explaining their findings without the shareholder worry of castigation. Answers need to be not only asked but demanded for and detailed explanations need to be given to the satisfaction of the investor because after all it’s your right. What investors need to understand above all else is that there is no statute of limitation on how long an accountant or Auditor can be held liable for misrepresentation or presenting incorrect financial documents to investors through the financial report and the Auditor, Company CEO and Board of directors can always be held accountable for any false information signed against in the annual financial reports.

It’s time to audit the Auditors.

KENYAS PYRAMID SCHEMES AND NEED FOR FINANCIAL ACCOUNTABILITY, WHEN IT’S TIME TO AUDIT THE AUDITORS. Reviewed by samrack on December 5, 2017 .

KENYAS PYRAMID SCHEMES AND NEED FOR FINANCIAL ACCOUNTABILITY, WHEN IT’S TIME TO AUDIT THE AUDITORS A good friend once gave me this advice and I quote ”If you have a very good lawyer, top of the line and knowledgeable in what he does, The best thing you need to do is  find out  who  his