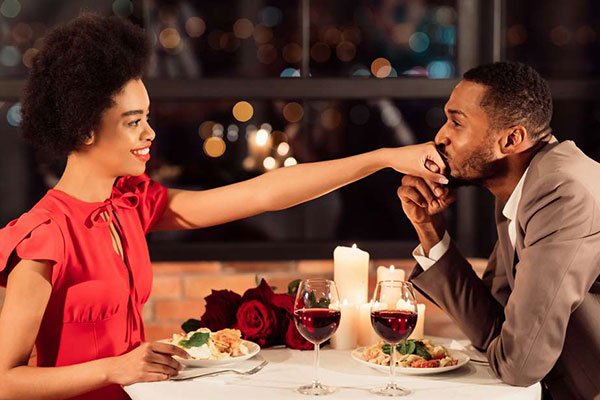 Valentine’s Day. The number of people who go on rendezvous in hotels has risen by 65 percent. PHOTO | FILE | NATION MEDIA GROUP

Kenyans are increasingly going beyond traditional gifts to spend wads of cash on romantic experiences in an effort to make their partners happy.

According to this year’s Mastercard Annual Love Index released Thursday, the number of people who go on rendezvous in hotels has risen by 65 percent between 2017 and 2019, against a 22 percent global increase.

Kenyans also spent 37 percent more than they did in 2017 on booking flights and trips, travelling with their partners to celebrate this special time of the year, to ensure that lovers have “two hearts that beat as one.”

The Index, a study of transactions ahead of Valentine’s Day (February 11-14 of the three years) identifies spending habits and trends during this period by analysing credit, debit and prepaid card transactions from 53 countries around the world.

“Now in its fifth year, the findings reveal that the world’s “love economy” is growing five times faster than the global economy, with Valentine’s Day spend around the world up 17 percent since 2017,” it indicates. In Kenya, sentimental spending around Valentine’s Day has increased even more – up by 32 percent since 2017, with the overall transactions up by 51 percent.

The rise of e-commerce also continues, with a 64 percent spike in online transactions in the Valentine’s Day period against 57 percent globally over the past three years.

Food continues to be the best route to people’s hearts, with spend in restaurants increasing during the affection month every year. “Kenyans are more likely than other global romantics to treat their loved ones to special meals on Valentine’s Day, with the amount spent on restaurants increasing by 18 percent in 2019, against a 16 percent rise globally,” the report says.

“It is easier to travel and book trips away now than ever before, which is reflected in the huge increases in flights and hotels booked online in the lead up to Valentine’s Day over the past three years.

“The Mastercard Love Index is a unique look at how buying behaviour is evolving over time, and as we make our way in a new decade, we expect the trend of investing in time and memories together to continue to grow.”

The data also revealed a positive trend of a more organised Valentine’s Day planner, with the majority of transactions taking place earlier than ever before and the number of last-minute shoppers falling.

Share thisFacebookTwitterPinterestEmailWhatsAppValentine’s Day. The number of people who go on rendezvous in hotels has risen by 65 percent. PHOTO | FILE | NATION MEDIA GROUP Kenyans top Valentine’s spenders Kenyans are increasingly going beyond traditional gifts to spend wads of cash on romantic experiences in an effort to make their partners happy. According to this