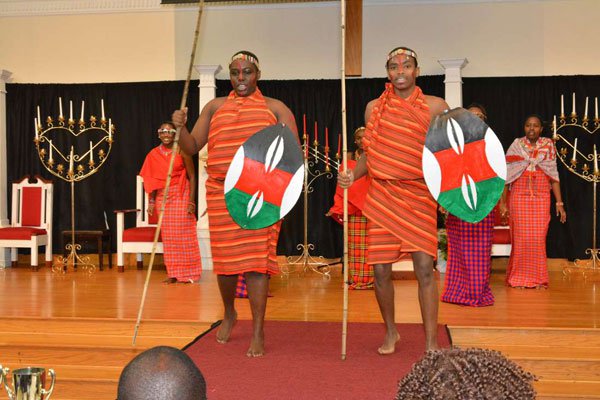 By CHRIS WAMALWA in Atlanta, Georgia

It’s a gloomy Friday morning in this leafy suburbs of Marietta, Georgia, after an overnight downpour which is a blessing in disguise for those who love the outdoors.

A blessing in a way because the overnight downpour has washed away the infamous Atlanta early spring pollen that for a whole week, had blanketed the roads and streets making it almost impossible for those who are allergic to it to venture out.

Though gloomy to begin with, the weather forecasts indicate however, that in an hour or so, the clouds should clear to give way to a lovely Friday afternoon into the evening with spring ‘seasonal’ temperatures.

Soaking in the morning breeze, Kenyan-born Timothy Ndegwa turns around and says cheerfully, “I’ve been praying for a nice day because if we begin our festival strong today, Friday, then the subsequent two  are bound to turn out great. I’m very excited that the notorious Georgia pollen will not be an issue this weekend even though I’m not allergic to it,” he said.

Mr Ndegwa is an administrator at the Kenyan American Community Church (KACC) off Canton Road in Marietta that for the seventh year running, is hosting the free Atlanta Majuu Cultural Expo this weekend to celebrate Kenyan culture.

As one of the coordinators of the event, Mr Ndegwa is concerned with everything including the weather that could mess up his year long planning for one of the most significant church events.

“It takes lot of resources to plan such an event. Apart from the more than 600 participants we expect from this area, we expect guests also from Kenya. That’s why we worry about things even those out of our control like the weather” said Mr Ndegwa known here as Mykenyanlink man.

The Atlanta Majuu Festivals is an exhibition of Kenyan-African cultures that has become popular with Kenyans living in Atlanta.

“We realised that diversity is our strength because every Kenyan tribe is represented in this church. That’s why we put so much energy and resources in organising this cultural event,” said Mr Ndegwa.

Held annually around this time, KACC argues that the festival adds to the cultural tapestry that shapes American society which is increasingly becoming multi-cultural.

“Our children and youth now  appreciate their cultural roots as they act out dances wearing Kenyan attires. The festivals inform, educate, inspire and entertain those in attendance. They mesmerise those who experience the Kenyan African Culture for the first time,” He said.

Social experts have argued that the church is playing a key role in preserving the Kenyan family in the US.

“It’s now clear to every Kenyan who lives abroad that our youth are suffering an identity crisis. This crisis has led to some to take their own lives because they couldn’t fit into either the American or Kenyan culture” Said Prof Ochicho of the University of Delaware.

As a professor of Anthropology, Dr Gitahi says that the American society continues to feel the effect of immigration in almost all spheres of life. He says this is because globalisation is in the process of reshaping local conditions through powerful global forces where ambiguous identities and diffusion of cultural traits take place.

“Cultural hybridisation negates the idea of America as a melting pot where the immigrant is expected to become one with the rest of the citizenry. Instead, American has become a “salad bow” or “stew pot” where the immigrant does not need to abandon his or her cultural heritage to acquire American identity,” he said.

Dr GG, as he is commonly known, argues that as a result, globalisation is encouraging trans-border identities and long distance nationalism. “Kenyan immigrants have chosen to maintain identities and cultural heritages to satisfy their spiritual and cultural needs. They have come to the US with their cultural and social attributes, made apparent in their social interactions, worship, and homes,” he said.

In many ways, Dr Gitahi is right because one of the enduring challenges for Kenyan immigrants is adopting to the way of life they find in their countries of sojourn.  Many have chosen to live abroad as if they’ve left their home.

“Kenyans abroad consume practically foods they used to consume at home. They listen to Kenyan music and go to Kenyan churches some of which preach in their mother tongue. This is just how it is and any effort aimed at making them celebrate their culture should be welcomed by all” Prof. Ochicho added.

One of the invited performing artistes this will be Emmy Kosgei, a gospel singer who was named by the Kenyan government as a cultural tourism ambassador in 2014.

Gitahi said the weekend will be celebrated with music, dancing, food, educational exhibits and prayer on Sunday. One of the exhibits will show models of 19th-century huts where Kenyans once lived, and there will be vendors selling traditional African wares.

About 600 people are expected to attend Sunday, and the event is growing. Plans are to hold next year’s event in the civic centre and expand beyond celebrating only Kenya to more African countries and bring in champion Kenyan runners as special guests.

To counter the popular refrain of the “brain drain” against the Diaspora, Dr. Gitahi says KACC has over the years celebrated “brain gain” in its social remittances.

“Besides numerous mission trips to Kenya that have targeted the slums and children homes, the church is in its advanced stage of holding bi annual medical camps at its mission centre in Ruai, Machakos County. The church has more than seventy nurses in its membership, who are will willing to give back to their mother land in health education “He said.