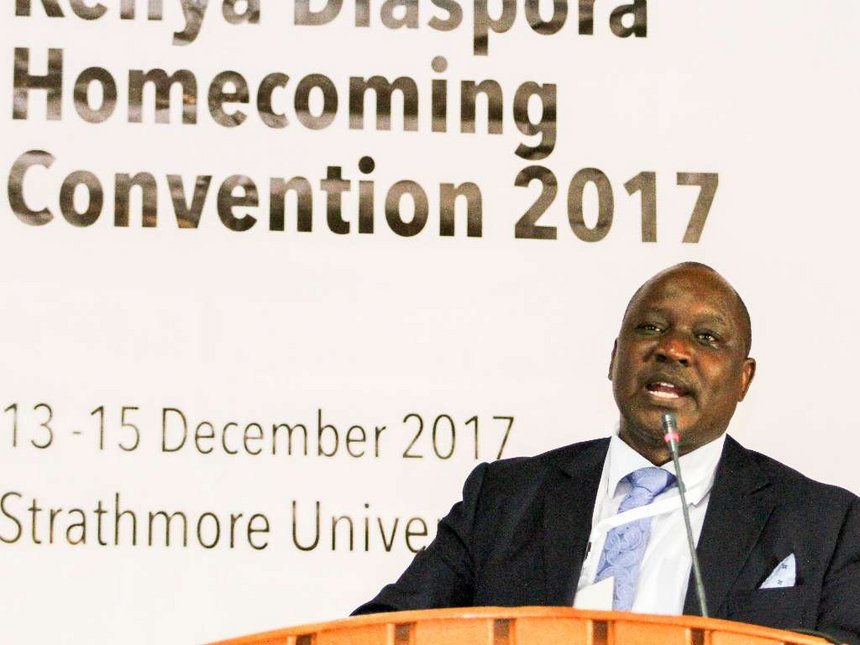 Industry experts have proposed investment in government bonds and resources as the most structured way for Kenyans in the diaspora to channel their investments.

According to the Kenya Diaspora Alliance chairperson Shem Ochuodho, the inflows are from the approximated three million Kenyans living abroad with a bigger chunk of it coming from North America and Europe.

Led by the African Development Bank regional director Gabriel Negatu, the experts noted that investment in productive sectors such as real estate is not enough and has limited impact on the growth of the gross domestic product.

“A bigger and better way to channel these resources should be through government papers, bonds, and banks financing the bonds in a bid to be more productive,” Negatu told the Star on the sidelines of the ongoing two-day conference by the Kenya Diaspora Alliance.

In addition, they called on the government to simplify government-diaspora relations by simplifying tax and legal processes for Africans that want to invest in the continent.

“The diaspora is not just a cash cow or a gold mine. There are other resources including networks and skills, that can be utilised for the growth of the continent. There is need to close the financial gap in Africa through sustainable development and patient capital,” Negatu said, while urging the delegates to view the diaspora as a resource that goes beyond money remittances.

The calls come only two weeks after the alliance proposed the creation of a diaspora office in each county to enhance devolution, and prevent the counties from over-reliance on the national government and foreign aid organisations to drive growth.

Kenyans abroad urged to invest in Treasury bonds Reviewed by samrack on December 14, 2017 .

Kenya Diaspora Alliance global chairman Shem Ochuodho during the Kenya Diaspora homecoming convention in Nairobi on December 13,2017. Kenyans abroad urged to invest in Treasury bonds Industry experts have proposed investment in government bonds and resources as the most structured way for Kenyans in the diaspora to channel their investments. This comes with the latest