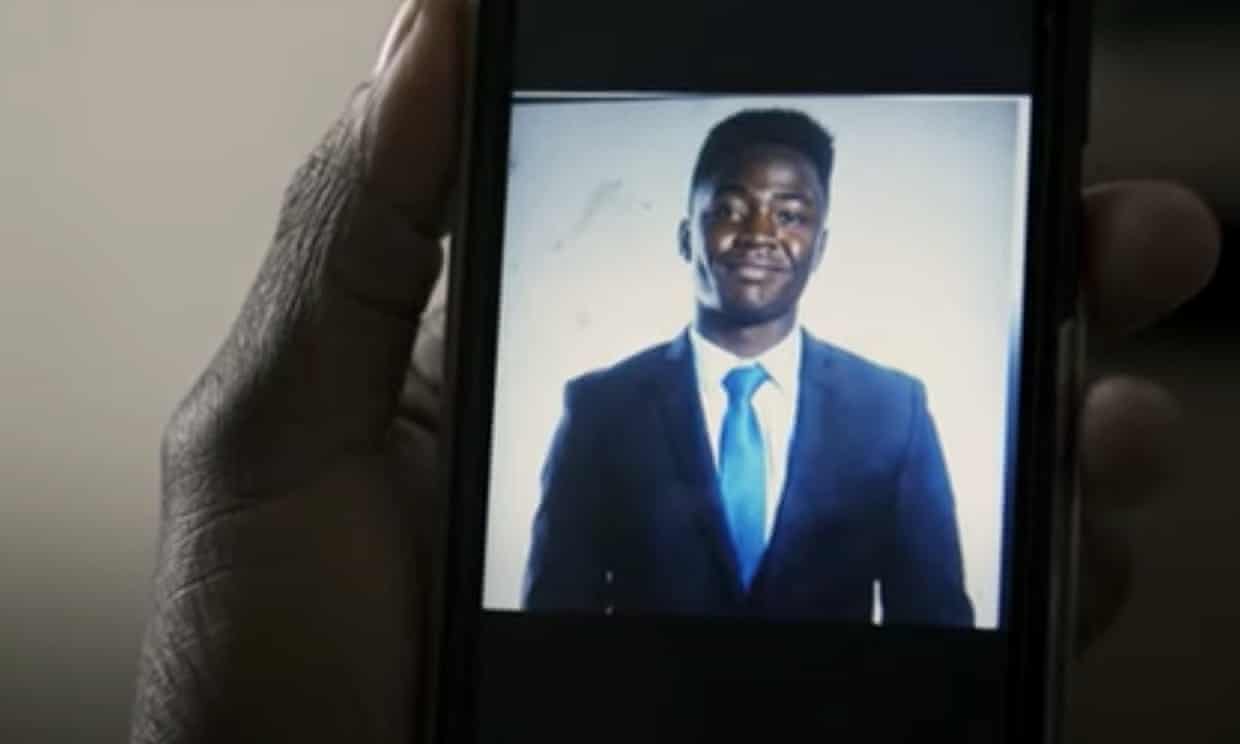 Amnesty International has welcomed the investigation into the death of Carilton Maina. Photograph: The Guardian:Emmanuel Ambunya Oyombe pleads not guilty over fatal shooting of Carilton Maina in Nairobi in December 2018 Pic: Photo Courtesy

A Kenyan police officer has appeared before a Nairobi court charged with the murder of 23-year-old Carilton Maina, a former Leeds University student, who was shot dead in December 2018.

The charging of police constable Emmanuel Ambunya Oyombe marks a significant milestone in the Kenyan government’s commitment to tackling its issue with questionable police shootings, and to speeding up its justice process in bringing those accused to trial.

The Milimani high court hearing on Thursday was held outdoors, in response to the coronavirus pandemic, the first time this has happened in Kenya since the 1950s state of emergency.

Oyombe, who remains a serving police office, pleaded not guilty to murder. A trial date has not yet been set.

He was arrested last week, according to an announcement made on social media by Kenya’s director of criminal investigations. The director said the officer would be charged with the murder of Maina, who “succumbed to gunshot wounds inflicted on him by the said officer”.

Irungu Houghton, Amnesty International’s director in Kenya, who has been lobbying the government to do more to stop such incidents, said on Thursday he had taken a keen interest in the case and welcomed the investigation.

Maina’s mother, Josephine Wangare, was in court, supported by a legal team from Amnesty. She said seeing someone brought to court to face trial had restored her faith in justice.

“I am grateful,” she said. “The death of my son Carilton has been very painful for us and his friends. He was greatly loved. After a year with no one prosecuted for his death I had begun to despair.”

Maina was raised in Kibera, Africa’s largest slum. A straight-A student, he showed exceptional talent, which eventually earned him a scholarship to Leeds University in the UK. He had returned to Kibera over the Christmas holidays and was walking home on 22 December from watching a televised football match with friends when they met two police officers.

It is said that there was an exchange of words and Maina ran from the officers. At Laini Saba, a short instance from the home where he lived with his grandmother, he was hit by four bullets to his body and head.

Last year the Guardian interviewed Josephine Wangare about the killing, which had sparked outrage in the local community. Students took to the streets in protest with placards demanding “Justice for Maina”READ MORE

Amnesty International has welcomed the investigation into the death of Carilton Maina. Photograph: The Guardian:Emmanuel Ambunya Oyombe pleads not guilty over fatal shooting of Carilton Maina in Nairobi in December 2018 Pic: Photo Courtesy Kenyan police officer charged with murder of former Leeds student A Kenyan police officer has appeared before a Nairobi court charged