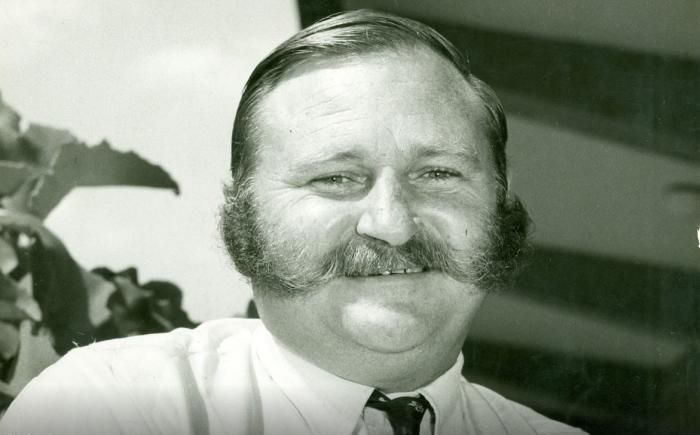 McKenzie was born in 1919 in Richmond in the Union of South Africa’s Natal Province. He joined the South African Air Force in 1939, and was seconded during World War II to Britain’s Royal Air Force, with which he saw action in North Africa, the Mediterranean and European theatres. Following his air force service, he emigrated to Kenya in 1946 and became a prominent farmer in Nakuru.

In January 1976, McKenzie was involved in the kidnapping of two German and three Arab suspected terrorists wanted by Israel for an attempted missile attack on an El Al airliner taking off from the airport of Nairobi. The five were secretly transported to Israel and later sentenced to long prison terms.

In late June 1976, during Operation Entebbe, McKenzie persuaded Kenyan President Kenyatta to permit Mossad to collect intelligence prior to the operation, and to allow the Israeli Air Force access to the Nairobi airport. Before the operation, McKenzie assisted a Mossad agent who flew a small plane to Entebbe to take aerial photographs of the airport installations and parked fighter jets which were destroyed by the Israeli troops in the raid.

On May 24, 1978, McKenzie was killed when a bomb attached to his aircraft exploded, as he departed a meeting with Amin. Some sources allege that Ugandan President Idi Amin ordered Ugandan agents to assassinate McKenzie in retaliation for his involvement with the Entebbe rescue. Some report that the bomb was concealed inside either a mounted antelope head, or a carved wooden statue in the form of a lion’s head, which McKenzie had been presented as a gift from Idi Amin just prior to the flight. Other sources have suggested various other possible causes for the bombing, including that another person, also aboard the plane, may have been the target.

Later, Israel’s Chief Director of Mossad, Meir Amit, had a forest planted in Israel in McKenzie’s name. McKenzie was survived by his wife, Christina, three sons and two daughters.

Apart from being a minister, Bruce McKenzie was an agent of several spy agencies including British intelligence outfit MI6, Israel’s spy agency Mossad, and the apartheid South Africa Bureau of State Security (BOSS).

McKenzie was part of the espionage team that led the smear campaign against British Prime Minister Harold Wilson that resulted in his resignation.

In the period between 1973 and 1974, Britain was a country in turmoil, fuelled partly by the global oil crisis, and an unprecedented labour unrest at home.

British intelligence who had the support of the Central Intelligence Agency (CIA), were determined to stop the Labour Party from winning the Prime Minister elections scheduled for February 1974.

However, Wilson went on to clinch the seat and the fight against him was kicked a notch higher whereby they resulted in using dirty tricks to scheme his downfall.

According to espionage journalist Chapman Pincher, McKenzie and an old friend, George Young were tasked by the head of MI6 Sir Maurice Oldfield to spearhead the smear campaign and plant recording devices in his office, in order to collect information on him.

Wilson’s resignation was unusual because the announcement came ‘from out of the blue’, and was not prompted by any obvious health issues.

The unexpected nature of Wilson’s departure gave rise to various conspiracy theories, and a suspicion in some quarters that Wilson’s resignation was forced for a secret reason.

Geoffrey Kareithi, a long-serving Head of Civil Service and Secretary to the Cabinet in Mzee Kenyatta’s government, admitted that the government was aware of McKenzie’s clandestine connections, but didn’t mind because they were not harmful to Kenya’s interests.

When McKenzie died, Kenyan authorities secretly facilitated his widow’s travel for a function to honour her late husband, that was organised in Israel by the Mossad

Kenyan Minister Bruce McKenzie Early life McKenzie was born in 1919 in Richmond in the Union of South Africa’s Natal Province. He joined the South African Air Force in 1939, and was seconded during World War II to Britain’s Royal Air Force, with which he saw action in North Africa, the Mediterranean and European theatres. Following his air force service, he emigrated