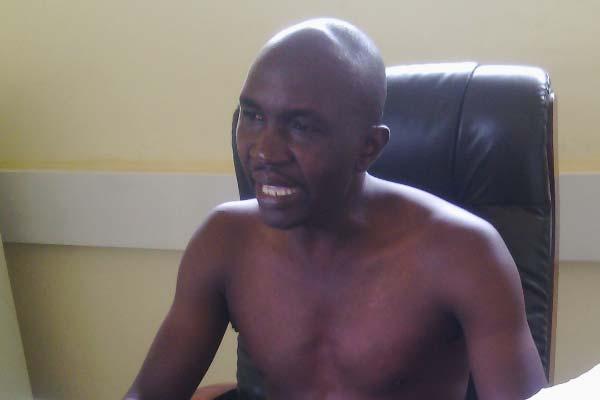 Journalists and the public watched as Gem Central ward representative Fred Ouda stripped to his underwear before addressing the press at the county assembly hall.

Ouda took a swipe at Ruto, accusing him of castigating the slum dwellers for torching their own public toilet and a dispensary recently built by the National Youth Service.

A tweet from an account registered as @WilliamRutoh yesterday read: “Let them go back to the flying toilets, you cannot help a FLY that wants to follow a corpse to the grave.”

The Star, however, established the account is fake and does not belong to the Deputy President.

Ouda said the remarks are an affront and insult to Kibera residents, “who are voters like any other persons”.

He said Ruto grew up in abject poverty and should not cast aspersions on the slum residents because President Uhuru Kenyatta who is a ”tom boy” has demonstrated respect to the public.

Ouda asked Ruto to apologise within 14 days to Kibera residents and the country or a court battle.

The MCA said he is tired of Ruto’s persisitent public spat with Raila Odinga.

A Siaya MCA yesterday stripped naked to protest against Deputy President William Ruto’s purported “disparaging” tweet about residents of Kibera slum. Journalists and the public watched as Gem Central ward representative Fred Ouda stripped to his underwear before addressing the press at the county assembly hall. Ouda took a swipe at Ruto, accusing him of