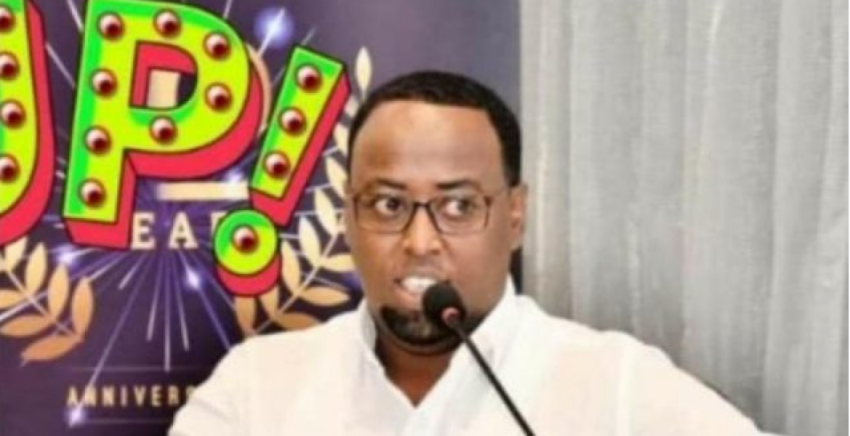 A Kenyan man believed to be the architect of a Russian pyramid scheme operating in Kenya has reportedly fled the country with over Sh15 billion belonging to investors.

Abdalla Mohamed Ali, the CEO of Maalin Group of Companies, run a forex trading business in Nairobi and promised investors huge returns on their money before he went missing.

The man is believed to have left the country after last week his car was found dumped at the Jomo Kenyatta International Airport (JKIA), People Daily reported on Wednesday.

His vehicle was found parked at the airport three days after he was reported missing and it is alleged that a sitting Cabinet Secretary helped him flee the country.

The publication noted that powerful government officials among them a deputy Inspector General of Police, Immigration officials, two law firms, a middle east embassy in Nairobi and a senior politician from Northern Kenya were involved in the fraud scheme.

One of the investors identified as Sheikh Abdulla Kulow told People Daily that he invested Sh200 million in the trade after selling three houses in Nairobi’s South C estate.

“This is a huge blow to me and my family because this is what I have been depending on for the last years after I sold my apartments to invest in the scheme. The Government must make sure he is brought back to the country and return our money,” Kulow is quoted.

“A huge Ponzi scheme went under last week in NAIROBI…losses are conservatively estimated at between American USD 65 to USD 80 million. The Scheme was 8 years old,” he wrote.

He added: “Interesting development. The Ponzi scheme was actually an on-line forex trading company registered in Russia and owned by Russians. According to my sources, the Somali frontman [Abdalla] was a commission agent…”

Maalin had reportedly registered at least 600 members mostly from Dubai, Saudi Arabia, the US, Kenya, and Somalia. To join, investors were required to deposit at least Sh2 million.

Somalia-based publication, Hiiran Online reported that 20 Somali MPs, senior Somalia government officials and members of the Somali community in the diaspora were among those who had invested in the company.

Share thisFacebookTwitterPinterestEmailWhatsAppKenyan Man Who Ran Pyramid SchemeDisappears with Sh15 Billion Belonging toKenyan, Foreign Investors A Kenyan man believed to be the architect of a Russian pyramid scheme operating in Kenya has reportedly fled the country with over Sh15 billion belonging to investors. Abdalla Mohamed Ali, the CEO of Maalin Group of Companies, run a forex