A Kenyan landlord in San Francisco, California has been ordered by the court to pay $3.5 million to former tenants for wrongful eviction.

Anne Kihagi, her sister Christina Mwangi and their Zoriall LLC company had been sued by a couple, Dale Duncan and Marta Mendoza for unlawful eviction from a rent-controlled apartment unit located in the city. Duncan and Mendoza had lived in the unit for 21 years and when Anne bought the property in 2014, the couple says Anne started harassing them in a bid to get them to move out.

The tenants alleged in court that Anne neglected the apartment unit deliberately to force them out by not performing needed maintenance and repairs, and on several occasions electricity was turned off because of unpaid bills.

Dale and Marta told the court that Anne had a pattern of harassment, and that several tenants as well as the city had sued Anne – with most cases being settled out of court. “At some point, everybody would just just get tired and take $30,000, just to [make it] go away,” Duncan said.

The jury awarded Dale Duncan and Marta Mendoza $1.71 million for wrongful termination but the judge on Friday tripled the amount $3.5 million.

Anne was in May also fined $2.4 million by a San Francisco Superior Court judge for ongoing harassment of tenants and illegal evictions. San Fransisco City Attorney Dennis Herrera, who filed the May case on behalf of 10 tenants  said at the time that Anne Kihagi’s was the worst form of abusive practices by a landlord that he had seen. “I’ve gone after a lot of lawless landlords in my time, but Anne Kihagi has a special place reserved for her in San Francisco’s abusive landlord hall of fame… Her cruelty is stunning,” said Herrera (READ: Kenyan Landlord in San Francisco Fined $2.4 Million for Harassment, Wrongful Eviction of Tenants).

Several city residents, some of them former tenants of Anne, have also held demonstrations against Anne. 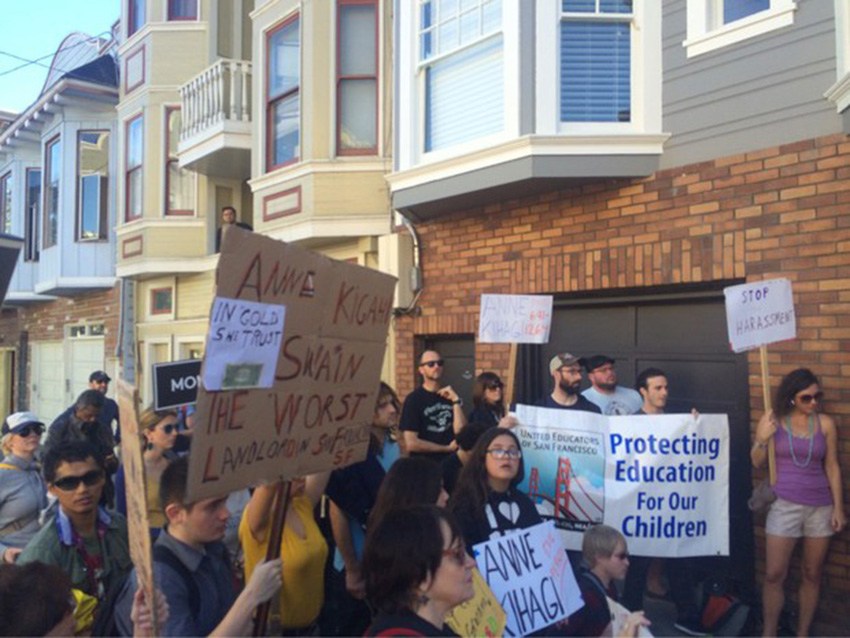