Richard Branson is known for launching ‘out there’ hospitality proposals but the space-tourism entrepreneur’s venture in Kenya might have escaped your radar.

Mahali Mzuri was recently named the “best hotel in the world” by the Travel + Leisure Awards 2021. 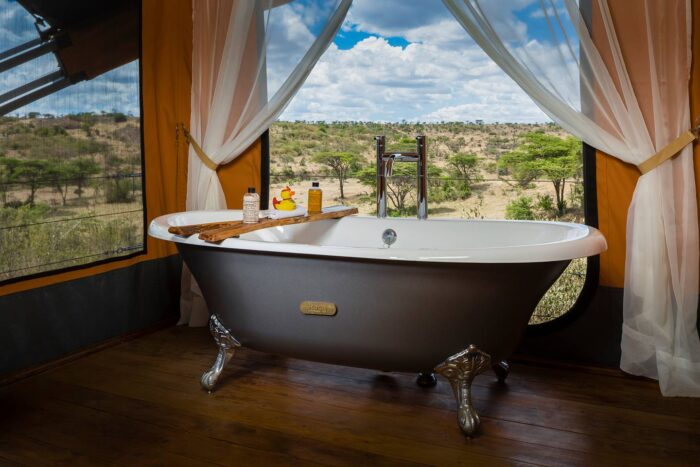 The tented safari hotel under the Kenyan heavens is just as star-studded as anything you’ll find on Virgin Galactic, for a fraction of the cost. And there’s wildlife, Jim, but not as you know it.

How about 150,000 wildebeest and roaming prides of lions?

Mahali Mzuri (meaning ‘beautiful place’ in Swahili) was set up in partnership with former chair of the Kenya Tourism Federation Jake Grieves Cook in 2007, as a way of getting closer to the wildlife and feeding back into the Maasai Mara park.

Set up on decking in the reserve, the seasonal canvas hotel is served out of temporary safari tents. But don’t let the pop-up appearance fool you.

The temporary tented hotel has been welcoming guests for a decade and a half.