by samrack
in Kenya, News, Obituary, People
A A
0 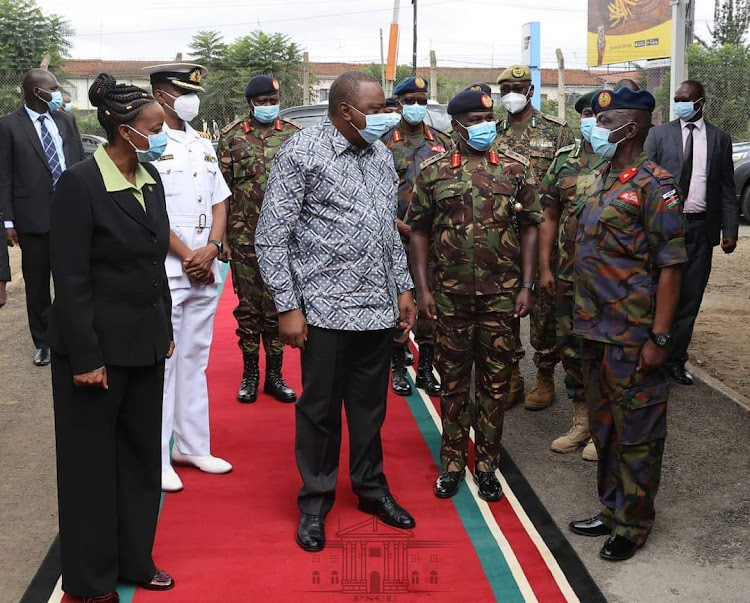 Brig Odhiambo becomes the third senior officer to die at the Wilson Airport based police unit this year.

Brig Odhiambo, of the Kenya Air Force and formerly of the National Defence College, who was appointed the head NASD in December 2020, died at the Karen Hospital in Nairobi on Sunday after an illness, his family and colleagues said.

Brig Odhiambo becomes the third senior officer to die at the Wilson Airport based police unit this year.

President Uhuru Kenyatta had in December presided over the official handover to the military the management of government civilian-owned planes in the country.

He later launched NASD at Wilson Airport in Nairobi.

NASD is a multi-agency unit created to consolidate and ensure efficient utilisation of national aviation assets.

The President emphasised on the NASD mandate to provide a centralised management of national aviation assets for optimal utilisation, management and serviceability of air assets IOT enhance safety, swift response and quality of aviation services in line with the various stakeholders’ core mandates.

He regretted that in the past, lack of proper maintenance of aviation equipment within the national civilian air fleet has brought tragedies to the nation, claiming lives of citizens.

He said it was due to such challenges that the government decided to adopt a coordinated approach in the management of the country’s aviation assets.

He said the inauguration of NASD signals a new era in the management of the country’s aviation assets, one which promises greater safety, efficiency and quality, and challenged the department’s leadership to work hard to become the benchmark for other government agencies.

He assured NASD leadership of the government’s support, noting that they will be allocated adequate financial resources to modernise and put back to service grounded aircraft.