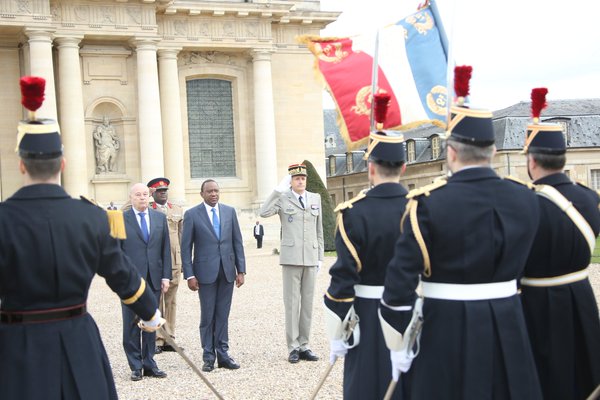 Paris — After the November 2015 terrorist attacks in Paris, Kenyans like many other people around the world expressed their solidarity with the grieving nation by overlaying their Facebook profile pictures with a whitewashed image of the French flag. 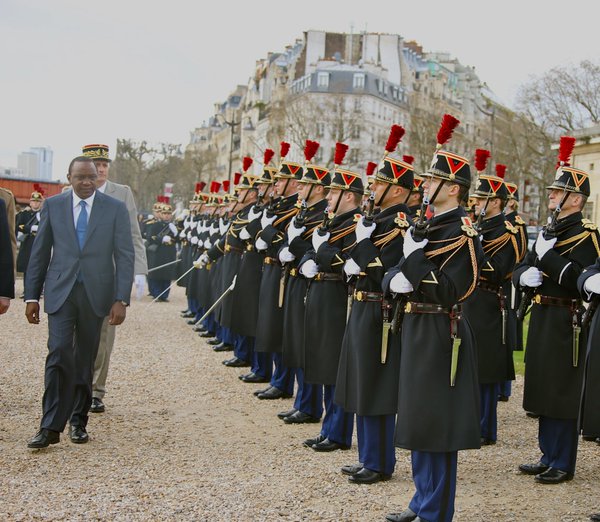 And according to President Kenyatta’s Spokesperson Manoah Esipisu, it is against this background and in its context that President Uhuru Kenyatta and French President Francois Hollande will hold talks on Monday.

“Both the French people and the Kenyan people have experienced firsthand the ineffable pain of incalculable loss at the hands of merciless mercenaries of terror. Both countries have a deeply vested interest in stemming the rise of rabid, violent ideologies,” he said in the run up to the visit.

And it is in the spirit of sharing security resources that President Kenyatta will also be visiting the French Intelligence Services and French Crisis Management Centre.

But first, as is customary with State visits, he will receive a guard of honour.

As is to be expected, the two leaders will also discuss ways and means of strengthening economic ties between the two countries with a focus on tourism.

President Kenyatta who is accompanied by Tourism Cabinet Secretary Najib Balala and officials from the Kenya Tourism Board and Brand Kenya, will be seeking to market Kenya as a worthwhile tourist destination.

He will also meet with French importers to market Kenya’s horticultural products.

According to the Presidency, France currently ranks as the sixth largest investor in Kenya with Kenya being the biggest oversees beneficiary of French development Assistance. 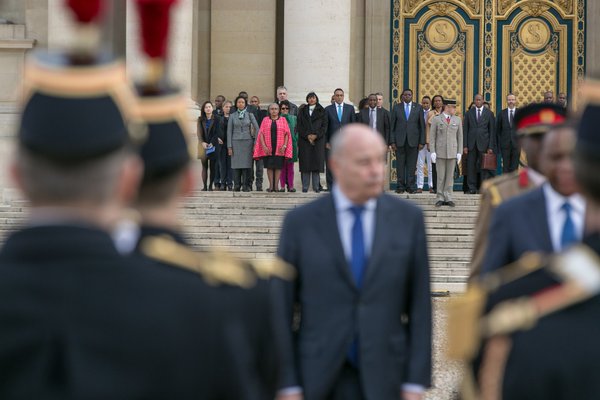 The United Kingdom however ranks first on the list of Kenya’s biggest foreign investors and as a source market for tourists; hardly surprising given the two countries’ intertwined histories.

According to Esipisu however, UK Prime Minister David Cameron may have to put off his visit to Kenya, planned for June, on account of the June 23 referendum on whether Britain should remain a part of the EU.

“It has thrown a spanner in the works,” he said.

Kenya: Uhuru, Hollande Talks to Focus On Counter Terrorism, Trade Paris — After the November 2015 terrorist attacks in Paris, Kenyans like many other people around the world expressed their solidarity with the grieving nation by overlaying their Facebook profile pictures with a whitewashed image of the French flag. Kenyans are themselves no strangers to